Covid Is Still Here, So How Risky Are Schools? 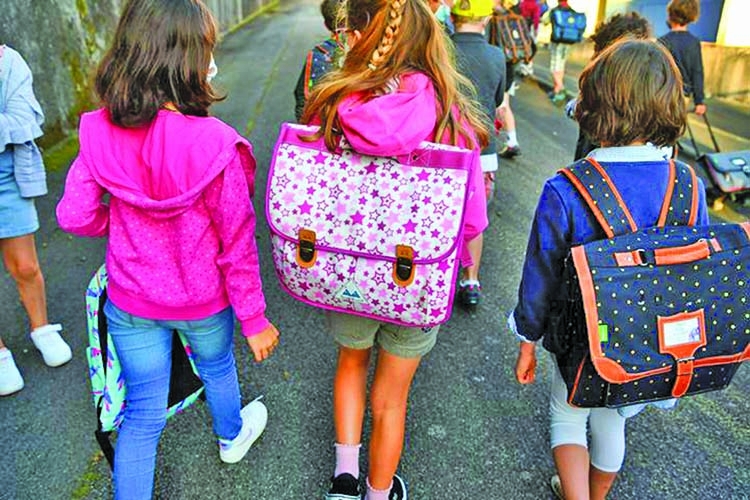 As children in England, Wales and Northern Ireland head back to school this week, many people are pondering whether this will contribute to a surge in Covid cases, or whether it won't have a major impact.
After Scotland opened its schools last week, it saw a record number of daily Covid cases as the number surged above 6,000 for the first time. First Minister Nicola Sturgeon said it was possible that the opening of schools contributed to the figures.
Now, the same worries are taking hold in England, Wales and Northern Ireland as kids went back earlier this week.
Education Secretary Gavin Williamson said he wants to see schools go back to their pre-pandemic education experience. Face masks in schools and classroom "bubbles" are no longer mandatory. But Williamson added that other precautionary measures have to be taken.
The provisions that schools are recommended to use include extra cleaning, ventilating rooms and regular lateral flow testing. The government has also said schools will receive carbon dioxide monitors, so that staff can identify areas where ventilation needs to be improved.
With promises of 300,000 monitors being made available, Williamson was questioned on BBC Breakfast about how many of these have been implemented at the start of the school term, but failed to answer. Children are back to school this week But Calum Semple, professor of child health and outbreak medicine at the University of Liverpool, said ventilation in schools is poor and it may be a factor in an uptick of Covid cases.
Speaking on the same programme, Professor Semple explained that because the majority of the adult population have now been vaccinated, schools are likely to be a "greater part of the problem" when it comes to the spread of coronavirus, compared to their significance pre-vaccine.
He said that pupils are less likely to get sick themselves, but could transmit the disease to others, and that this should be considered when discussing vaccines for 12 to 15-year-olds.
But one of his biggest concerns is the closure of schools as face-to-face education is important, which may be likely if better ventilation isn't implemented.
A paper published by the Royal Society suggested that reopening schools, especially secondary, is linked to an increased risk of transmission in pupils and the wider community. But authors of the paper said the scale of this spread depends on control measures in the classroom and community, as well as compliance with mass testing.
Youth vaccinations, if they are approved for all over 12s, will also have an impact. Politicians and parents are eagerly awaiting a decision from the Joint Committee on Vaccination and Immunisation (JCVI) on this.
Education secretary Gavin Williamson said he wants schools to go back to their pre-pandemic experience.
However, Public Health England's medical director said she isn't worried about schools being super-spreaders. Dr Yvonne Doyle said she understood parents' trepidation about schools, but insisted they were not "hubs of infection". She stressed that there are enough measures in place to prevent a huge spread. Before the summer term, there were more measures including face masks and bubbles, which will no longer be the case in England and Wales, while Northern Ireland has also scrapped social distancing requirements.
She said: "We understand, and I understand fully, that parents may be nervous but I would stress again that schools are not the drivers and not the hubs of infection."


Faima is a Life Reporter at Huffpost