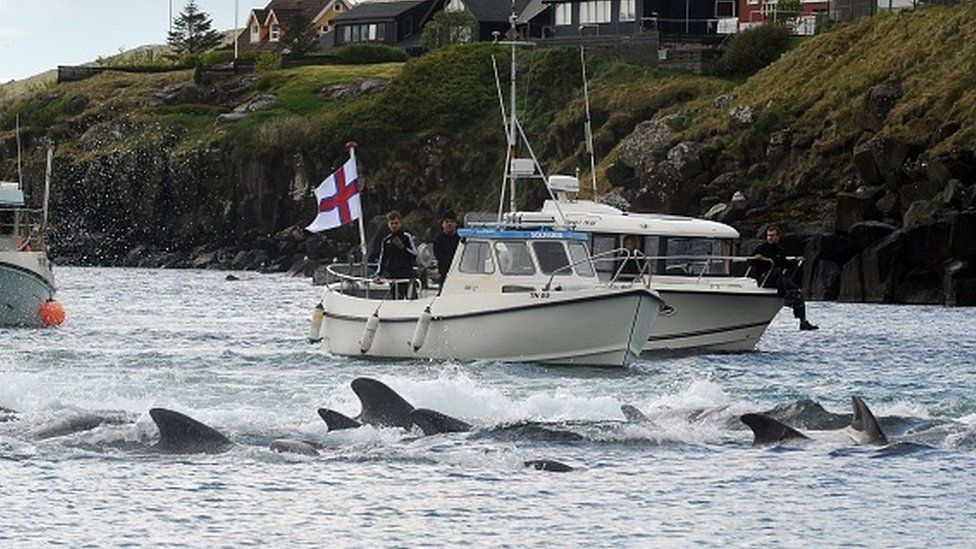 The practice of dolphin hunting in the Faroe Islands has come under scrutiny after more than 1,400 of the mammals were killed in what was believed to be a record catch.
The pod of white-sided dolphins was driven into the largest fjord in the North Atlantic territory on Sunday.
Boats herded them into shallow waters at Skalabotnur beach in Eysturoy, where they were killed with knives.
The carcases were pulled ashore and distributed to locals for consumption.
Warning: This article contains graphic details and images some may find distressing.
Footage of the hunt shows dolphins thrashing around in waters turned red with blood as hundreds of people watch on from the beach.
Known as the grind (or Grindadrap in Faroese), the hunting of sea mammals - primarily whales - is a tradition that has been practised for hundreds of years on the remote Faroe Islands.
The Faroese government says about 600 pilot whales are caught every year on average. White-sided dolphins are caught in lower numbers, such as 35 in 2020 and 10 in 2019.
Supporters say whaling is a sustainable way of gathering food from nature and an important part of their cultural identity. Animal rights activists have long disagreed, deeming the slaughter cruel and unnecessary.
Sunday's hunt was no different, as international conservation groups rounded on the hunters to condemn the killing.
But the scale of the killing at Skalabotnur beach has shocked many locals and even drawn criticism from groups involved in the practice.
Bjarni Mikkelsen, a marine biologist from the Faroe Islands, put the reported death toll into perspective.
He said records showed that this was the largest number of dolphins ever killed on one day in the Faroe Islands, a autonomous territory of Denmark.
He said the previous record was 1,200 in 1940. The next-largest catches were 900 in 1879, 856 in 1873, and 854 in 1938, Mr Mikkelsen said.
-(Written by Joshua Nevett) BBC News 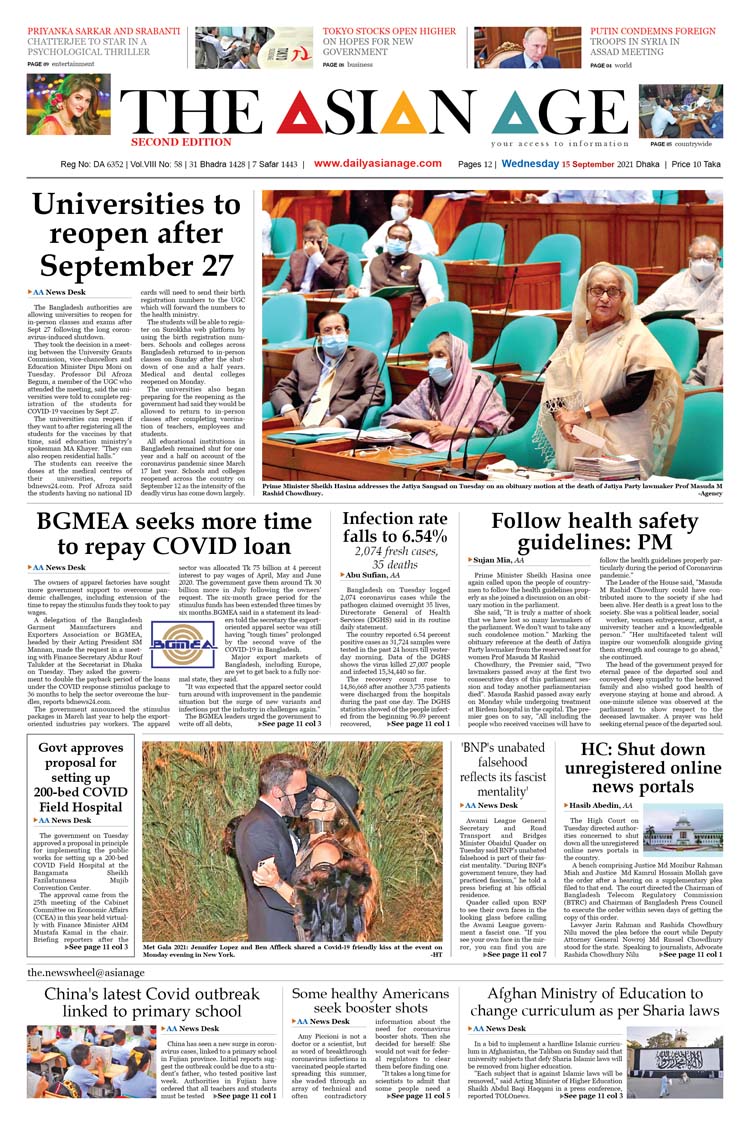