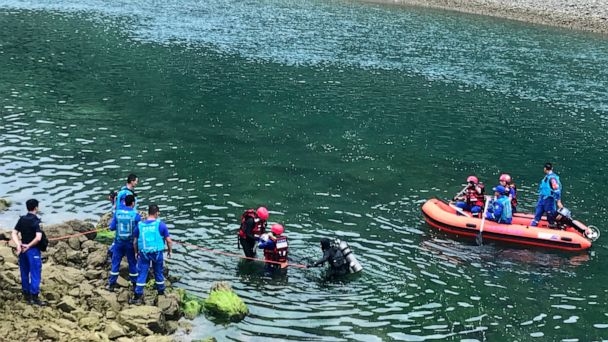 Eight people were killed, and seven
others remained missing as of 8:10 a.m. Sunday after a passenger ship
overturned in a river in southwest China's Guizhou Province, according to
local authorities.
The accident happened at 4:50 p.m. on Saturday in Zangke River in Zangke
Township in the city of Liupanshui.
As of 8:10 a.m. Sunday, 39 people were rescued from the river, with 31 in
non-life-threatening conditions, and eight died after being rescued.
The ship was designed to carry up to 40 people. Authorities are still
checking the exact number of onboard passengers.
A rescue operation and an investigation into the cause of the accident are
both underway.