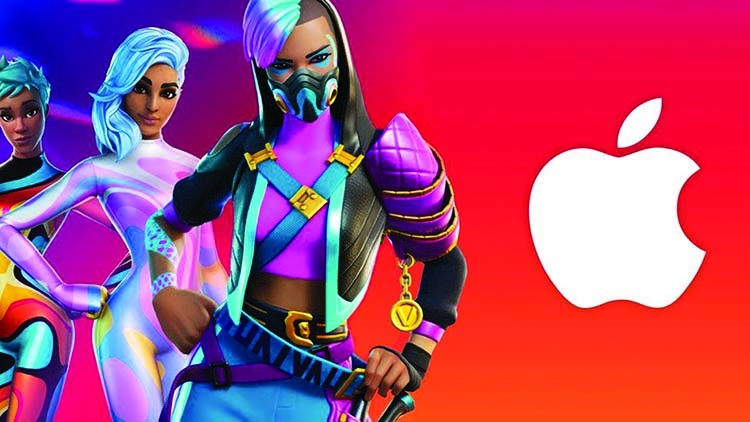 Apple has banned Fortnite from its App Store until a legal battle with the game's maker Epic has concluded, according to Tim Sweeney, chief executive of Epic Games.This means the popular game won't be available for new users to download on iPhones or other Apple devices. Mr Sweeney called out Apple in a series of tweets and said the appeals process may take about five years to complete.The BBC has approached Apple for comment. People who already have the game downloaded on their Apple devices will be able to carry on playing it, but will not receive any updates.

Legal battle
Fortnite was originally removed from Apple's App Store last year for violating its policies by launching its own in-app payment system. Apple charges a 30% commission on all in-app purchases, but this feature tried to bypass that.
The move triggered a legal battle brought by Epic Games, which accused Apple of running the App Store as a monopoly. In September, a US court ruled that Apple could not stop app developers directing users to third-party payment options.
But the judge also said that Epic failed to demonstrate Apple was operating an illegal monopoly. Both Epic and Apple are appealing respective parts of the judgement. "Apple spent a year telling the world, the court, and the press they'd 'welcome Epic's return to the App Store if they agree to play by the same rules as everyone else'," Mr Sweeney wrote on Twitter."Epic agreed, and now Apple has reneged in another abuse of its monopoly power over a billion users."
In correspondence shared by Mr Sweeney, Apple said Epic had "committed an intentional breach of contract, and breach of trust, by concealing code from Apple" and it would not reinstate its account "until the district court's judgement becomes final and non-appealable".
Meanwhile, Apple's chief executive Tim Cook has come under fire after an email he sent to employees warning them not to leak confidential information was itself leaked.The message told Apple staff employees that the company would do "everything in [its] power to identify those who leaked" information to reporters. "People who leak confidential information do not belong" at Apple, he added.
---BBC