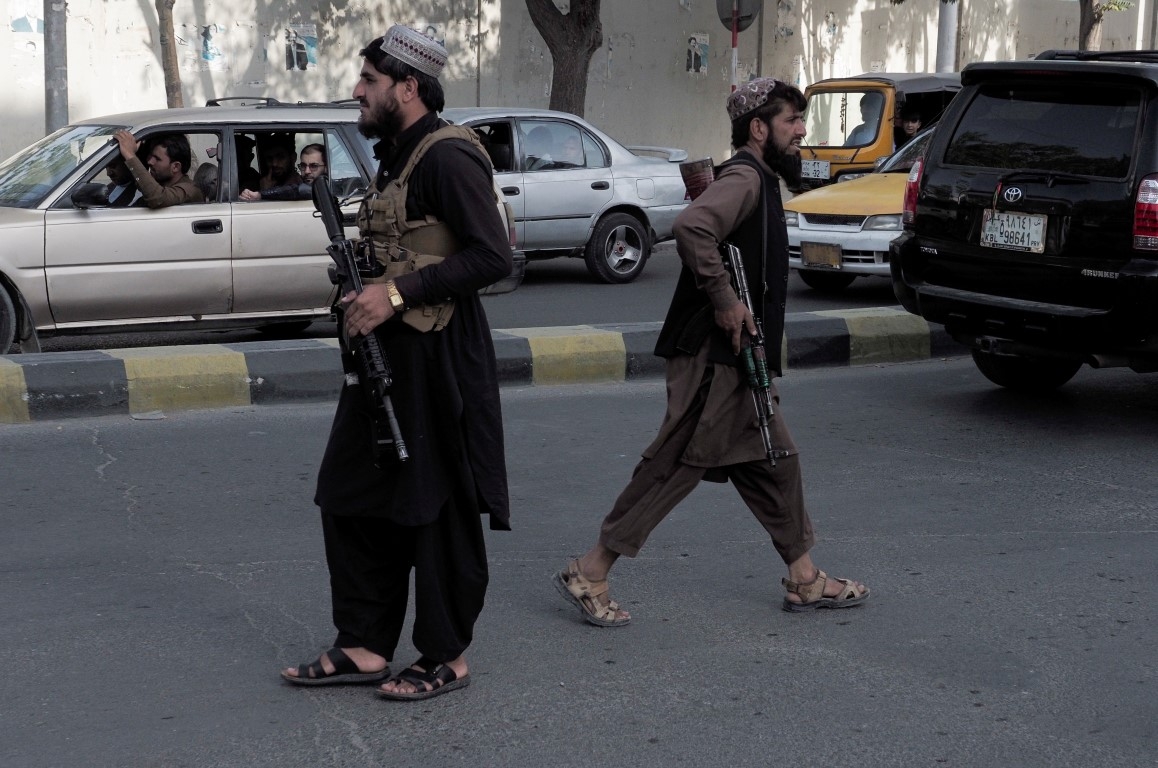 The Taliban say they have shot dead four alleged kidnappers and hung their bodies in public squares in the Afghan city of Herat.
The gruesome display came a day after a notorious Taliban official warned that extreme punishments such as executions and amputations would resume.
The men were killed in a gun battle after allegedly seizing a businessman and his son, a local official said.
Local residents said a body was hung from a crane in the city center.
Wazir Ahmad Seddiqi, a local shopkeeper, told the Associated Press news agency that four bodies were brought to the square, one was hung there and the three other bodies were moved to other squares in the city to be displayed.
The deputy governor of Herat, Maulwai Shair, said displaying the bodies was done to deter further abductions. He said the men were killed in a gun battle after the Taliban learnt that they had kidnapped a businessman and his son - who were both freed.
However, graphic images shared on social media appeared to show bloody bodies on the back of a pick-up truck with a crane hoisting one man up.
Another video showed a man suspended from a crane with a sign on his chest reading: "Abductors will be punished like this."
Since taking power in Afghanistan on 15 August, the Taliban have been promising a milder form of rule than in their previous tenure.
But there have already been numerous reports of human rights abuses carried out across the country.
The Taliban's notorious former head of religious police Mullah Nooruddin Turabi - now in charge of prisons - said on Thursday that extreme punishments such as executions and amputations would resume in Afghanistan as they were "necessary for security".
In an interview with AP, he said these punishments may not be meted out in public, as they were under previous Taliban rule in the 1990s. Public executions were frequently held in Kabul's sports stadium or on the vast grounds of the Eid Gah mosque during the group's five year rule.
But he dismissed outrage over their past public executions: "No-one will tell us what our laws should be."
Turabi - who is on a UN sanctions list for his past actions - added that "everyone criticised us for the punishments in the stadium, but we have never said anything about their laws and punishments".
In August, Amnesty International said that Taliban fighters were behind the massacre of nine members of the persecuted Hazara minority.
Amnesty's Secretary-General Agnès Callamard said at the time that the "cold-blooded brutality" of the killings was "a reminder of the Taliban's past record, and a horrifying indicator of what Taliban rule may bring".