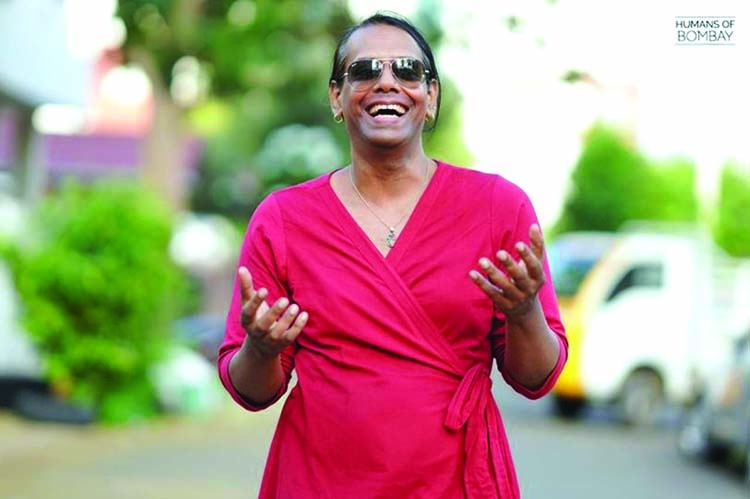 "I was born as Neville, but I knew from an early age that I wasn't a boy. I was always more comfortable in the company of girls; I felt one amongst them. So while my parents would work, I'd ask our help to dress me up as a girl. I enjoyed getting my nails painted and feeling pretty. One day, when my aunt caught me, she told my parents. My parents threw a fit and put me in a boy's school. After that, I withdrew into a shell.
In school, I'd be bullied, kicked, shoved and verbally abused; there were mornings I didn't want to wake up. I was confused about my gender and grew frustrated. I'd fail my exams-my father would compare his achievements with mine; I felt small. By the time I got to college, I had anxiety and anger issues. I recall running away from college after I was ragged and made to dance for being a 'sissy.' I was desperate to find my identity.
There was also a lot of family pressure to get married. I thought I was bisexual because I dated both men and women.So at 30, I'd rejected every rishta. It was then that I met her through a mutual friend. I connected with her on an emotional level that I'd never experienced before. We became best friends. Over time, she fell in love with me. So did I, but I didn't tell her about my past. I only truthfully told her, 'I think I'm bisexual, Can you live with that?' She said she loved me and we got married.
I was so good at pretending to be a man that she had no clue of who I was within. Neither did I; I'd suppressed my feelings for decades. I put on a show for society; I bought a bike and went to the gym to show how 'macho' I was. Still, I was afraid of coming to terms with the trauma from my past and hurting her if she found out! I couldn't focus at work and landed myself into debt. We were physically incompatible; we'd fight a lot. I hit rock bottom when I saw her breaking down because of me. I tried to distract myself-at 37, I started playing tennis and prioritizing fitness.
But I was still unhappy and thought, 'I can't carry on like this anymore.' So at 43, I decided to take a trip and 'find myself'. I followed my instinct and dressed as a woman. It felt liberating and natural! 'This is who I've always been' I said to myself looking into the mirror. I revealed myself to my friends. They just said-'We love you no matter who you are!' And then, after 13 years of marriage, I mustered up the courage and sat my wife down, 'Please forgive me. I'm a transwoman. I just found myself.' She was heartbroken, but despite hurting she said, 'Everyone deserves to live as their true selves.' We got separated.
She loved me through everything and we're still friends. It will always pain me that I hurt her, but after our marriage dissolved, I embraced myself. I became India's first transgender tennis coach and I'm getting sex affirmation surgery next month. I'm nervous but excited. In many ways, I still haven't fully healed from the past, but I'm getting there. And now it's only a matter of time before I introduce myself to the world using my new name; Nishica."