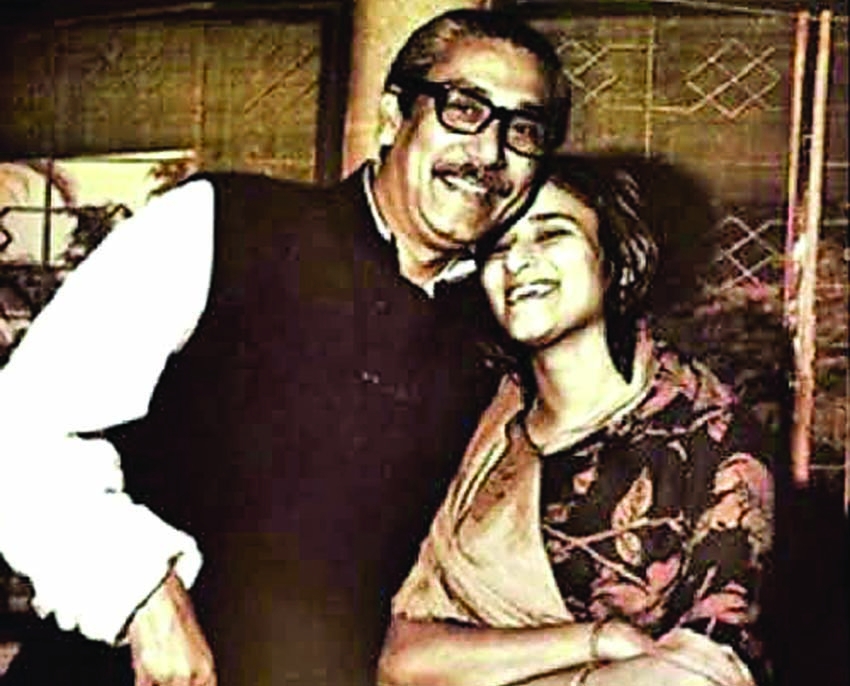 Bangabandhu with his daughter Prime Minister Sheikh Hasina. -File Photo
Today is the 75th birthday of Prime Minister Sheikh Hasina. Awami League (AL) and its affiliated and likeminded bodies are celebrating the day through various programs highlighting the life and achievements of Sheikh Hasina.
Discussions, milad and doa mahfils and special prayers are being held in the capital and across the country, with maintaining health guidelines in view of the coronavirus pandemic marking the birthday of the premier.
Sheikh Hasina was born at Tungipara in Gopalganj on September 28 in 1947. Sheikh Hasina is the eldest among the five children of Father of the Nation Bangabandhu Sheikh Mujibur Rahman and Bangamata Sheikh Fazilatunnesa Mujib. Prime Minister Sheikh Hasina is now in the USA as she went there to join the 76th United Nations General Assembly (UNGA).
On August 15, 1975, Bangabandhu was assassinated along with most of his family members at his Dhanmondi residence in Dhaka. Sheikh Hasina and her sister Sheikh Rehana survived the killing as they were abroad at the time.
Sheikh Hasina spent much of her childhood in the small hamlet where she was born. She started her schooling there. When Bangabandhu was elected a legislator, his family moved to Dhaka in 1954. She was admitted to what is now Sher-e-Bangla Girls' School and College and later to Azimpur Girls' High School from where she completed her secondary education in 1965. She was then admitted to Badrunnessa Government Girls' College. During her bachelor course, she was elected as the vice-president of the students' union of Eden Girls' College (Badrunnessa and Eden Girls' College was a single entity during the period).
Later, she enrolled in her Masters' program at Bengali Department of Dhaka University. As a student leader, Sheikh Hasina actively took part in the six-point movement of 1966 and the student movement of 1969 which saw the abdication of General Ayub Khan.
In 1968, with the blessings of her imprisoned father, Sheikh Hasina who is leading the country as the Prime Minister for the third consecutive term, got married to nuclear scientist Dr Wazed Miah. During the Liberation War, Sheikh Hasina and her family were interned in a house in Dhaka. On July 27 in 1971, her first child Sajeeb Wazed Joy was born. Her second child Saima Wazed Hossain was born on December 9, 1972.
After the assassination of her parents in 1975, Sheikh Hasina and her family were offered political asylum in India, where she stayed till 1981 when she was elected as the president of the Awami League in her absence. Sheikh Hasina returned home on May 17, 1981 when she was greeted by a mammoth crowd that extended from the Airport to Farm Gate and Manik Miah Avenue and she addressed a public rally.
In the 1986 parliamentary election, Sheikh Hasina was elected as parliament member from three different constituencies. After the overthrow of autocracy in 1990, she was elected as the Leader of the Opposition in the House. In 1996, 21 years after her father was assassinated, Sheikh Hasina led the Awami League and helped the party assume power and became the Prime Minister for the first time.
On August 21, 2004, Sheikh Hasina, the then opposition leader, barely escaped an attempt on her life as grenades were lobbed at an AL rally on Bangabandhu Avenue in the capital.
Although she survived the attack, at least 24 people were killed and over 200 others injured. Most of them were Awami League leaders and supporters.
In 2008, she led the Grand Alliance to an overwhelming victory acquiring 90 percent of parliament seats in the general elections. She was elected the Prime Minister on January 5, 2014 for the second time in a row.
Sheikh Hasina assumed office of the Prime Minister for third consecutive term with a thumping victory in general elections in December 2018.
Under her leadership, Bangladesh has become a role model for development, attaining steady economic growth, becoming self-sufficient in food and attaining a marked progress in the fields of women empowerment, agriculture, education, health, infrastructure, communication, energy and power, trade and commerce, ICT and the SME sectors. 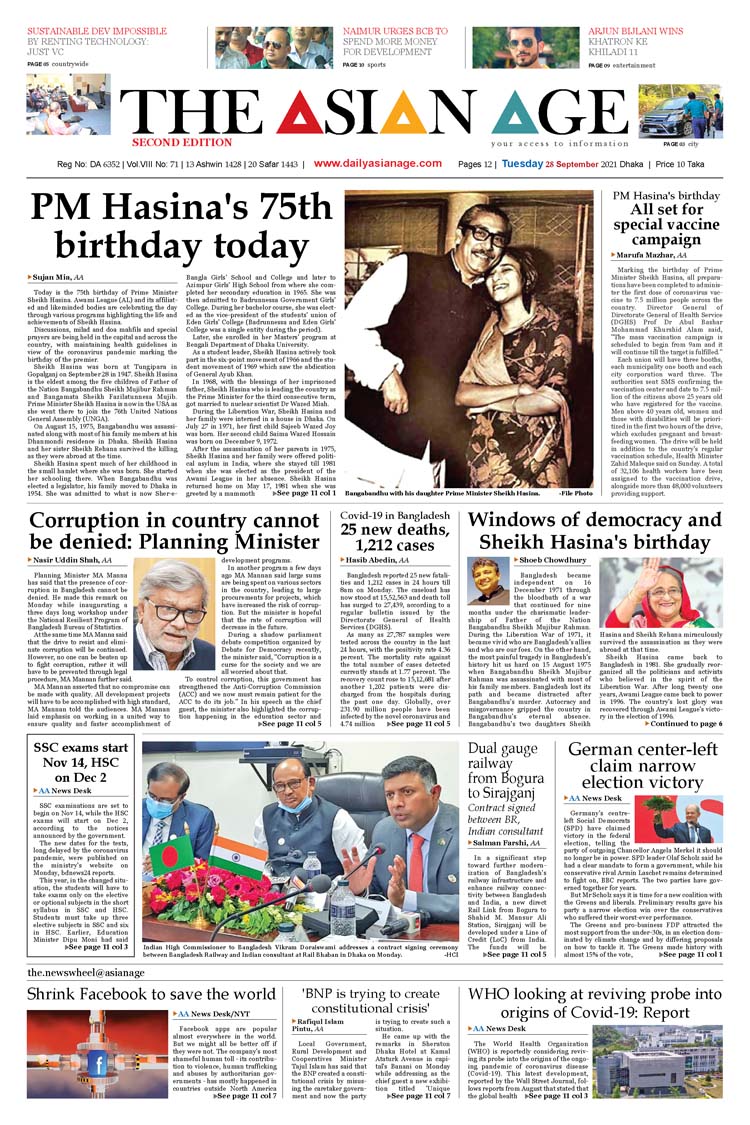