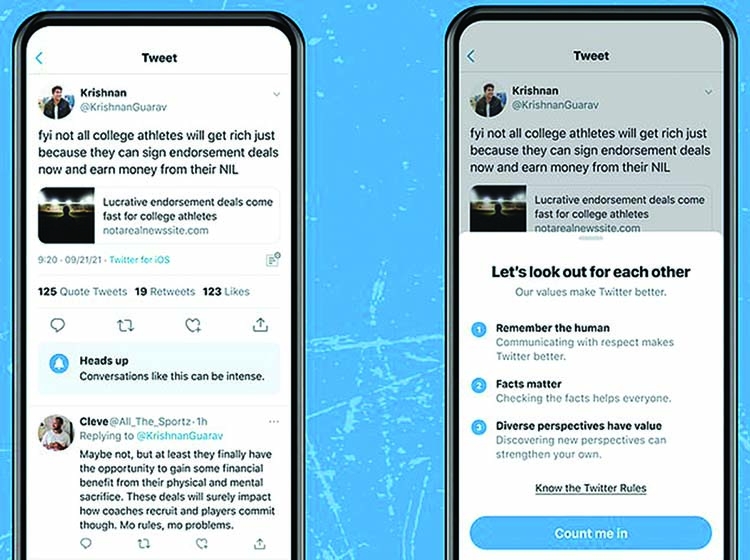 Twitter is working on the feature to inform users when a conversation could get too heated or intense, and remind users to look out for each other on the platform. -Twitter
Twitter has revealed a new prompt that could be shown to users before they engage or reply to a particular tweet, warning them that the conversation could get intense and heated. Here's what you need to know about the upcoming feature. Twitter has announced a new feature that the company has been working on, to inform people in advance that a conversation could be 'intense'.
The company is currently testing prompts for its apps on Android and iOS, that would inform users about a conversation that could get heated, reports HT. The company says it is working on the feature as part of its efforts to "better support healthy conversation" on the platform.
These new prompts from Twitter sound like a long-overdue feature, and could prove very useful on the microblogging platform that (like every other open platform) is affected by harassment and abuse. "Ever want to know the vibe of a conversation before you join in?" the company's support account tweeted on Wednesday. The company says that the criteria for checking which tweets the prompts appear on could change as the company works on the feature.