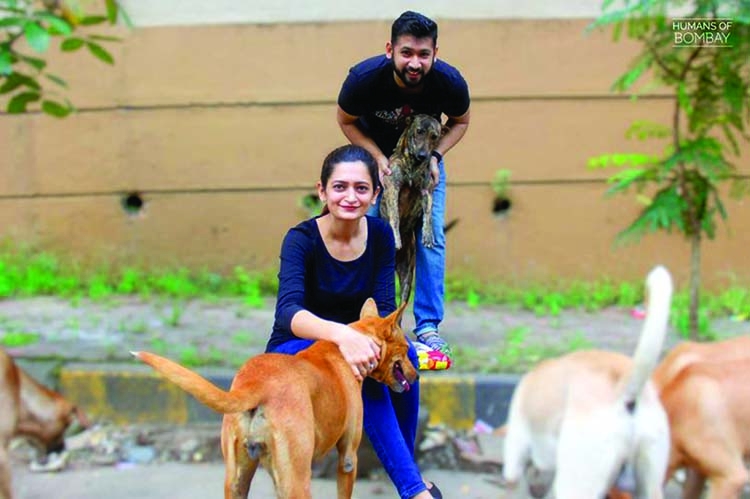 "While growing up, almost everyday I'd come home to either a rescued cat or a dog- mom and dad loved animals. They'd be taken in, nursed, fed and only when they were fit, we'd let them go. Over the years, I fell in love with animals and helped my parents with their rescue efforts!
When I was 20, I came across this tiny kitten outside my building. Her mother had just died and she looked malnourished. So, we took her in and nursed her back to health. But in the little time I spent with her, I felt very attached. And when the time came for us to let her go, I couldn't… So, I adopted her and named her Naanu. Ever since, Naanu has been my world. Even after I married Rishi and we moved into our new home, I brought her with me and the three of us started our lives together.
But last year, when the lockdown was announced, Naanu was back home with Mom and there was no way for me to get her back. And although the work from home scenario coupled with the endless household chores tired us out, we missed her immensely…
So, one-day Rishi suggested, 'Why don't we step down and feed the dogs in our compound?' The next day itself, Rishi and I went downstairs with milk and biscuits. Seeing us with food, all 19 of them pounced on us. We realized that the food we'd taken wasn't enough, so the next time, we cooked chicken and rice for them. Oh man, you should have seen their excitement - they were running around, wagging their tails and once they were done eating, they came to us, asking to be pet. My heart was full!
This became our ritual. Every evening, after work, we'd take two buckets full of food for them. We continued this even after the lockdown was lifted and Naanu came back. In fact, when we noticed a few of them were injured and some needed neutering, we sought help from NGOs. But once, while we were travelling, a female dog's condition worsened after the surgery; the NGO had no answers; I felt helpless. So, upon coming back, I took her to my vet and stayed with her till she was okay.
Humans of Bombay, Fb