Bangladesh becomes one of fastest growing economies in world: ICCB 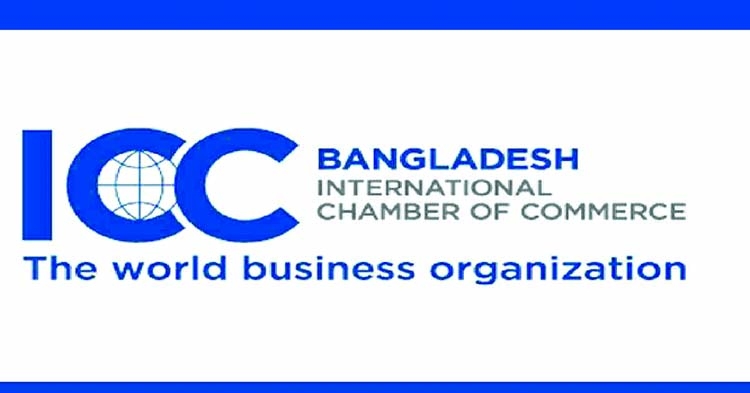 Over the past five decades, Bangladesh has transformed itself from being a 'Basket Case' to one of the fastest growing economies in the world, said International Chamber of Commerce Bangladesh (ICCB) at its current news bulletin released on Sunday. Before the onset of the COVID-19, the economy was growing rapidly, recording an annual expansion in the range of 7- 8 percent for sometimes, it added.
Businesses are the driving force for any economy, be it capitalistic or socialistic. Success of businesses can drive the growth of a country, help achieve overall sustainable development and create employment opportunities. Entrepreneurs are frequently thought of as national assets to be cultivated, motivated and remunerated to the greatest possible extent. They have the ability to change the way we live and work at local, national and international levels, reports BSS.
After the partition of India and Pakistan in 1947, then East Pakistan, now Bangladesh, was not an ideal place for Bangladeshi entrepreneurs to do business or establish industries as the West Pakistanis (now Pakistan) were in complete control of the country and the economy. Bangladeshis were mainly in the mid and lower level service.  However, some of the leading businessmen have made it possible to show the world

that Bangladeshis are capable of becoming successful entrepreneurs, said the bulletin, adding that late Abul Kasem Khan from Chattogram, a district judge in 1934, was probably the first Bangladeshi to enter into business leaving a job. He established various types of industries and formed AK Khan Group in 1945. There were only a few business entities owned by local entrepreneurs during the British era.
Of them the oldest was the family trading business of Late Anwar Hossain (since 1834) and Founding Chairman of Transcom Group Late Latifur Rahman's family (having a tea estate since 1885). Since 1947 till the independence of Bangladesh in 1971, only a few small industries, tea gardens and two commercial banks and a small number of Jute and Textile Mills were owned by Bangladeshis.
After independence all industries, banks and big commercial entities were nationalized. However, the change in government policies in mid-70s for adopting privatisation, export liberalisation and import-substitution created the opportunity for enthusiastic businessmen to begin their entrepreneurial journey.
ICC Bangladesh President and Chairman & CEO of ETBL Holdings Mahbubur Rahman along with Transcom Group Chairman Latifur Rahman, Square Group Chairman Samson H. Chowhdury, Anwar Group Chairman Anwar Hossain, Apex Group Chairman Syed Manzur Elahi and a few other business leaders contributed towards the change in policy decision of the government; for privatization.In less than 40 years, the garment industry of the country has emerged as one of the nation's success stories in recent decades.It is the second-largest RMG exporter globally earning over $35 billion a year from exports.
A number of pharmaceutical companies have also started exporting medicines to 119 developed and developing countries. The country also exports leather products, handicrafts, agro-products, ocean going vessels, software etc. The total yearly export earning was $ 38.76b in FY21. Bangladesh achieved lower middle-income country status in 2015 and is on track to leave the United Nations' Least Developed Countries' list.
With a GDP of over $305 billion, Bangladesh currently is the world's 41st largest economy and forecasts suggest that the size of the economy could be doubled in not too distant future. Now besides impressive GDP growth, per capita income has also risen steadily (US$ 2,227). Its poverty slashing performance is among the best in the world.
The ICCB bulletin said country has achieved near self-sufficiency in food production. The share of Industry in GDP was 28.79 percent in 2020 and the share of SMEs in GDP is estimated at about 25 percent."The private sector is responsible for 90 percent of jobs in the developing world.
In Bangladesh "private sector which already accounts for more than 70 percent of all investment, supported by a strong financial sector, will need to play an important role in spurring the recovery so the country can grow, export and create quality jobs," according to Alfonso Garcia Mora, IFC's vice president for Asia and Pacific.
The Businesses played the leading role in achieving the success. ICC Bangladesh remembers with gratitude the Business Legendaries including those who have passed away for their visionary leadership and farsightedness in creating corporate culture and making the Bangladesh economy one of the fastest growing in the world.