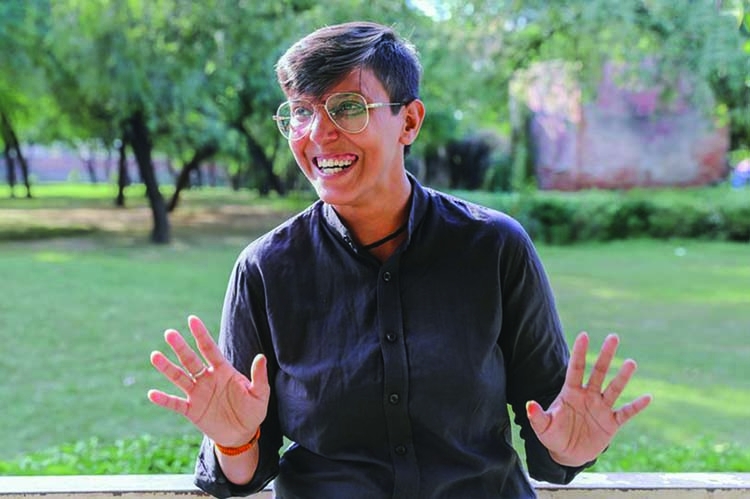 "I was married off when I was 19. It was an abusive marriage; my ex-husband would gamble away all his earnings. He didn't change even after we became parents. I felt helpless and constantly worried about my daughter's future. So, when she turned 2, I filed for divorce.
At 22, I was a single mother-my parents supported me, but I was lost. I'd left my studies long before I got married, so finding a job was impossible; I wanted to support my daughter. Around then, I met Vijender- we served at the same temple. We got to talking and in him, I found a confidant. Before long, we fell in love. He understood me and accepted my daughter as his own. And on our wedding day, he gave me the most thoughtful gift-he enrolled me in school!
So, everyday, my daughter and I would study together. Even after I delivered our son, I continued studying and once I was through, he pushed me to go to Mumbai to pursue my dream job-to work in a film production company! I lived with my friend and worked a demanding job while Vijender looked after our kids back home.
But even before my career could take off, the pandemic hit us. My company closed down and I became jobless.In three months, I had no more savings; with a heavy heart, I returned to Delhi where I realized that Vijender lost his job as well; he had to borrow money to pay for the kids' school fees. With no income coming in, it got to a point where we couldn't afford two square meals.
After months of struggling, a friend suggested I apply to be a delivery agent for Flipkart. I thought about my kids-I didn't want them to drop out of school like me. So I applied and got hired in a day! I still remember the first order I delivered- a woman opened the door.
She invited me in and said, 'I've never seen a single female delivery agent before!' And over time, as I became more efficient, I started enjoying my work.  Once, there was a man who ordered a guitar while he had COVID. So, I dropped it off at his doorstep and called him to confirm the delivery. He said he'd been stuck at home for weeks and that I'd made his day-I truly felt like a 'wishmaster'!
Humans of Bombay, Fb