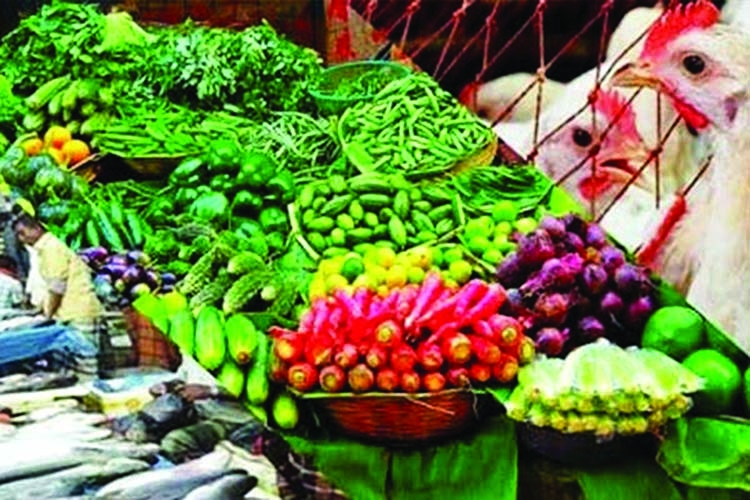 There is still a kind of arbitrariness in our market system. The general formulas of economics are also useless here.  Whenever the opportunity arises, the prices of daily necessities are increased.  For example, the price of onion has suddenly gone up.  Onions, which were priced at Tk 45 to Tk 50 a week ago, were sold at Tk 75 to Tk 80 on Thursday.  While onion production has been recorded this year, the production has increased by six and a half lakh tonnes as compared to the previous year. Besides, imports are not stopped.
What is the reason for the price increase after that?  Paddy production has also been recorded this year.  In the international market, the price of rice has decreased by 24 percent in one year.  But this has no effect on our market.  Prices are at the highest level.  During the week, the price of broiler chicken has increased by Tk 20 per kg to Tk 160 to 180.  Coarse or large lentil pulses have gone up by Tk 2 to Tk 90 per kg.  Low-income people buy more open soybean oil.  In a week, the price of open soybean has increased by three Tk per kg to Tk 145 to 148.
Although the price of sugar has been fixed at Tk 74 per kg, it is being sold at Tk 78 to 80 per kg. In addition to summer vegetables, early winter vegetables have also appeared in the market.  As a result, the supply of vegetables in the market has increased more than before.  But prices have not gone down, they have gone up. In such a market situation, the pang of the common people has gone to extremes.
Just as rules and regulations do not work in our market, so does the lack of ethics.  In a civilized society, the prices of daily commodities are reduced or stabilized before special occasions or festivals. But before the holy month of Ramadan or any other occasion, the price of goods in our market starts to jump.
There is no shortage of excuses to increase prices.  From rains to strikes and blockades, many things can be an excuse to increase prices.  Even elections are often used as an excuse.  The prices of daily commodities have been increased in a hurry centering on Durga Puja in front.  And the excuse of rising prices in the international market is very old.
Market experts blamed the inaction of the concerned government agencies for such abnormalities in the market.  Just as there is a lack of market oversight, there is also a lack of government intervention.  Although TCB has some initiatives including open market sales (OMS), these are insignificant compared to the need.
The government has a responsibility to protect consumer rights. Necessary measures have to be taken so that no one can destabilize the market through stocks, syndicates or any unethical means. The law should be amended to provide severe punishment for all these.  The government has to take the highest logical position in setting the prices without giving priority to the demands of the traders.
Consumers need to be properly informed about the reasons for the price hike.The influence of a kind of syndicate is noticeable everywhere in the market system in our country. This syndicate cycle makes the market system unstable by rushing after some days. The government has to take effective steps to curb these syndicate cycles.
The sudden and unbridled price hike of essential commodities at the moment of the national catastrophe of Covid-19 pandemic situation is like a 'to pour water on a drowned mouse' for the consumer masses. The government needs to take immediate action to keep the overall market stable by uncovering the reason behind the unbridled price hike of essential commodities.


Emran Emon is a researcher,
litterateur, journalist, and columnist.