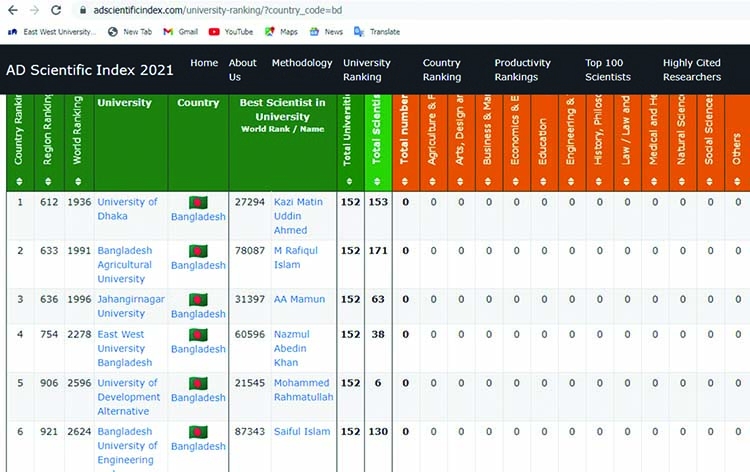 East West University (EWU) is ranked first among the private universities of Bangladesh by the world's important 'AD Scientific Index 2021' ranking. In this list, Dhaka University has become the first in both public and private combined lists of the country. And according to the combined list, EWU becomes 4th while Bangladesh Agricultural University is the 2nd, and Jahangirnagar University placed 3rd position. The 'AD Scientific Index' has published this ranking on their website with the data of 13,530 universities of 206 countries in the world. Harvard University in the United States has topped the list. The AD Scientific Index is published using the last 5 years' values of the i10 index, h-index, and citation scores in Google Scholar. Around forty faculty members of EWU have been also placed in the world scientist ranking by  'AD Scientific Index'. Prof. Dr. Mohammed Farashuddin, Chief Adviser and founder Vice Chancellor of EWU and the former Governor of Bangladesh Bank, congratulated the University on this great achievement.