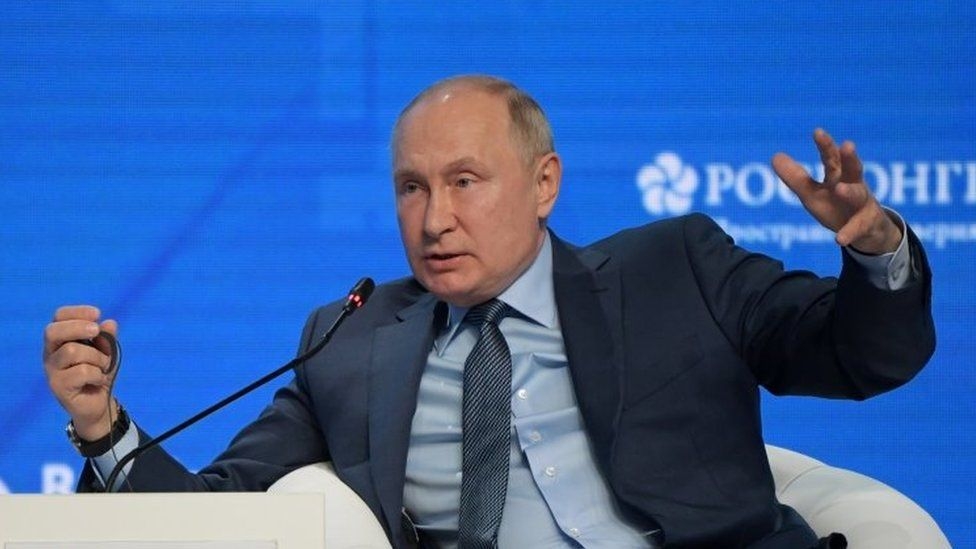 Russia has denied using energy as a political weapon, amid surging prices across Europe that have sent gas bills in many households skyrocketing.
Russia, one of Europe's biggest natural gas providers, has been accused of intentionally withholding supplies.
President Vladimir Putin said such claims were "complete rubbish... and politically motivated tittle-tattle".
The European Commission has been outlining measures member states can take to combat rising prices.
The wholesale price of gas has increased by 250% since January, triggering a knock-on spike in costs for consumers and businesses.
Energy prices have hit record highs for various reasons, including high demand for natural gas as economies recover from the Covid-19 pandemic.
'There is no refusal, none' - Putin
Speaking at a Moscow energy forum on Wednesday, President Putin blamed the current crisis on Europe, saying that after a cold winter Europeans had not pumped sufficient volumes of gas into storage facilities.
He said it was "very important" to "suggest a long-term mechanism to stabilize the energy market".
Mr Putin stressed that Gazprom, Russia's gas giant, was supplying gas to Europe at maximum levels under existing contracts, and was ready to provide more if requested.
"We will increase by as much as our partners ask us. There is no refusal, none," he said.