A turbulent slice of India's colonial past 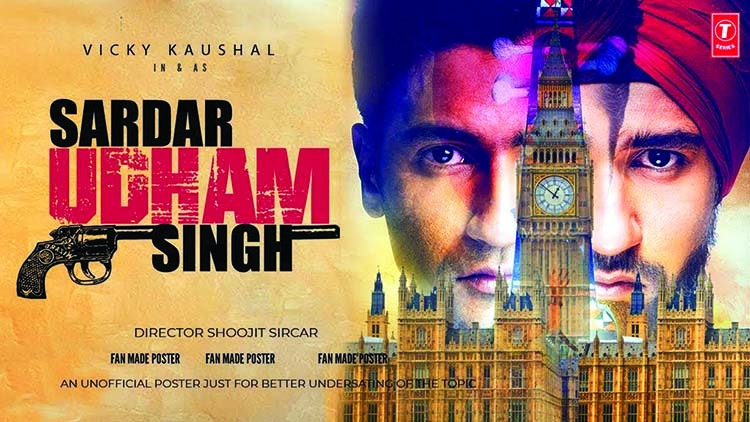 March 13, 1940, London. An Indian man walks into an orderly meeting where Michael O'Dwyer, former Lt governor of the Punjab province, is delivering a lecture on the legacy of the white man's burden, and how, under British rule, the 'Indian savages' have been brought under control.The man waits till the speech is over, walks across the room to face Dwyer (Shaun Scott) and shoots at him point-blank. The latter falls to the ground, blood pooling around him. Udham Singh (Vicky Kaushal) has finally accomplished what he had vowed twenty years ago, after his traumatic witnessing of the Jallianwala Bagh massacre.
General Dyer (Andrew Havill) may have given the orders to fire on those hundreds of peaceful protestors, men, women and children, but it was Dwyer who had pressed the button. For Udham Singh, revenge is cold, but it is as sweet.The film tells us that it is 'based on true events', but stays safe with the usual disclaimers of having taken 'creative liberties and dramatized the events for cinematic expression'.
Given how thin-skinned we have become about representations of any kind, it looks like filmmakers will never be able to escape these kinds of statements which force their work into deathly anodyne-ness. Can we then call 'Sardar Udham' a biopic, or should we just stay with 'a period piece about a little-known Indian revolutionary' whose act spilled over from the heart of imperial London to its faraway colony in the East, struggling for independence?
Shoojit Sircar's film is a long, unhurried re-creation of a turbulent slice of India's colonial past, going back and forth from Punjab to London, with a few detours here and there. I did find the first hour a bit of a slog, where we see, in a series of flashbacks within a flashback, Udham's difficult arrival in London and casting about for support, his arrest and painful interrogation. A Scotland Yard inspector (Stephen Hogan) supervises the torture in between the questioning, and why, if Udham knew the English language even if haltingly, was there need for a translator?
There are other strands which seem like loose ends, like the appearance of a bunch of IRA (Irish Republican Army) sympathisers, one of whom, a strong-faced, dark-browed young woman named Eileen (Kirsty Averton) appears to have a soft spot for our hero. Udham is also in touch with a handful of Indians who have been left directionless after the disbanding of HSRA (Hindustan Socialist Republican Association), a fledgling outfit created by the fiery young rebels who were picked off by the British.
We see, briefly, the warm association back home between Udham and Bhagat Singh (Amol Parashar), and the quiet romance between Udham and the lovely Reshma (Banita Sandhu), but the film, of necessity, keeps circling back to Udham and his doings in London.
It is when it arrives at Jallianwala Bagh and the brutal mowing down of those innocents that the film, ironically, comes to life. By then, we have spent enough and more time in cold London jails and have seen the crystallisation of Udham as a man who can suffer a million blows to his body but who will not bow before his oppressors.
It is this portion, where we see the implacable cruelty of the men who order the Jallianwala Bagh killing, the relentless firing into the crowd desperately trying to save their lives, and the heart-breaking sight of the dead and the dying, that makes this movie comes into its own: sometimes, bearing witness is the only thing you can do, even if it is the hardest thing to do.
Up until then, you feel that Kaushal may have been too young for his part, specially when we know that Sircar had Irrfan in mind for it. But in this portion which leaves an indelible stamp on his soul, Kaushal rings true. Udham, stunned and shattered, toils through the night, carrying the wounded to safety, each foray into the pile of bleeding, groaning bodies a journey into hell. And then you know why the director has taken his time with this part: there can be no short-cuts when you want to do justice to the portrayal of the monstrousness of the tragedy, and its 'aftershock which can still be felt in the streets of Amritsar'.
At one point, we hear a young rebel speak about how they cannot be biased or casteist or communal, and how 'equality for all' is the most important thing. If things had been different, if those young rebels had lived long enough to shape India, would their thoughts have made the country a different place? When Udham Singh is repeatedly asked his name, and brutally tortured for his silence, he thrusts out his arm on which is tattooed: Ram Mohammad Singh Azad. Would that composite name be given any credence in today's India? And is this the country those young rebels gave up their lives for? It bears thinking deeply about.