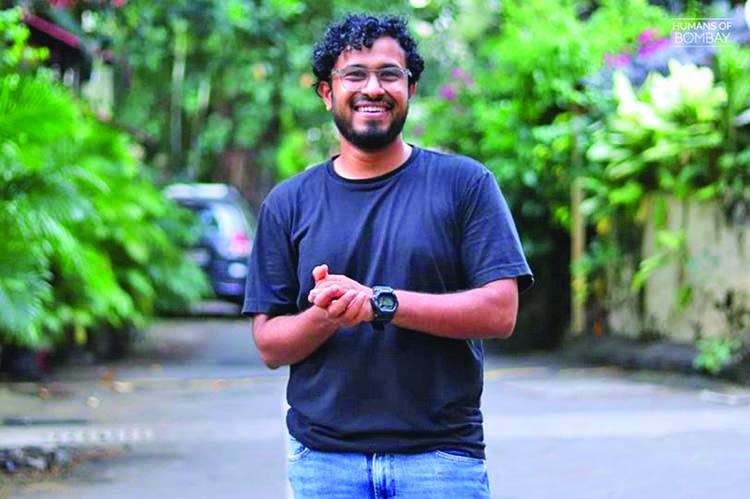 "It happened one evening while I was performing one of my silliest jokes at the Cuckoo Club-tears started trickling down my face, as the audience continued laughing. I was crying and laughing at the same time. After my set, I knew I felt off because I cried out of nowhere and for no reason.I knew something was wrong. Before that, I'd never prioritized my mental health. I was way too busy making a name in the comedy circuit. I couldn't catch a breath!
I decided to seek therapy to understand 'why' I was crying and 'how I could fix the situation immediately' so I could get back on stage. I thought of my therapist as a mechanic; someone who could fix a broken car part and make the car drive again. But what I didn't realize was that I needed to 'fix myself'. I realized I couldn't be fixed by a particular day or month, but I'd have to rediscover myself over time.
I couldn't figure out why despite being driven, I didn't come home feeling mentally peaceful. During my performances, I sought instant gratification and if I didn't get it, I'd feel restless. After performing a 30 minute set, I'd focus on the 10 minutes where my jokes bombed; I became my harshest critic and I'd think to myself, 'That's the best you could do? Set your standards higher!' If my show had a good night, I'd be stressed that it wouldn't the following night.
During that period, my jokes felt regulated too; I wasn't writing what tickled my funny bone, I'd write what I thought would work! I was losing my identity, my mental health was going for a toss and I wasn't aware of it! It was during therapy that I realized that the emotions I wasn't paying attention to expressed themselves through tears. While making myself visible to the world as 'the happy and spontaneous silly man child', I became invisible to myself. I needed to slow down and acknowledge my reality.
Humans of Bombay, Fb
Therapy helped me detach myself from my wins and my losses. After each show, I'd grow anxious, but therapy slowly changed that, I also began meditating everyday and I love it! It makes me self-aware and keeps me calm throughout the day. I've also learnt to say 'no' when I need to and 'yes' to work I'm passionate about! Therapy made me take a chill pill and has allowed me to be proud of my journey-from being the class clown, to a radio jockey, to becoming a comedian!
What I love about therapy is that I'm told where my blind spots are. Although that's uncomfortable and painful, it gives me something to work with. That's why I've been going for over 4 years. My family and friends have been my support and they constantly remind me, 'Mental illness is nothing to be ashamed of. And neither is talking about it.'It's important to remember that whether an illness affects your heart, leg or brain, it's still an illness! And it's also important to not take yourself too seriously and laugh a little at life. And of course, to remember that there is nothing above your mental peace."