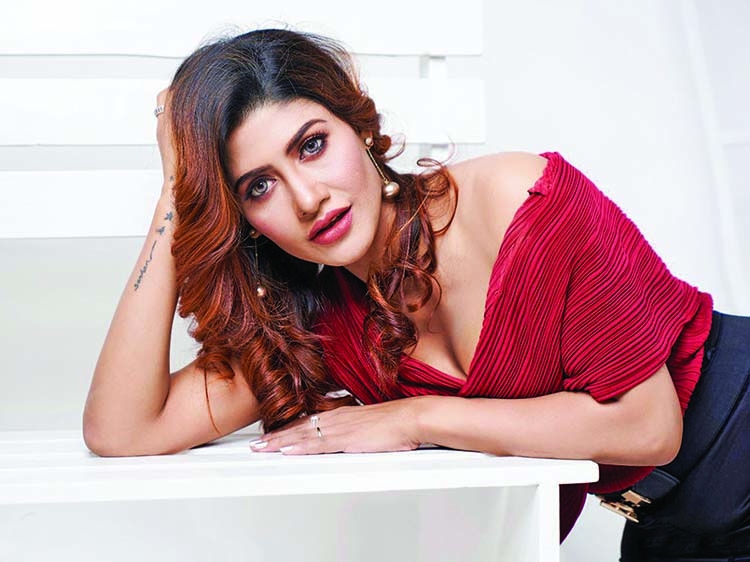 Being a popular presenter of this generation, Srabonno Towhida has spending busy time. She is a doctor by profession but balancing the both. She is hosting the cricket show regarding ICC T-20 world cup on GTV. Before that she has seen hosting the show for Indian Premier League (IPL).
Srabonno said, I am presenting 'Cricket Extra' on Gazi TV on the occasion of T20 World Cup. I do like to host cricket shows. In this show, a pre-match show half an hour before the start of the game and a post-match show at the end of the game have been aired. It feels tremendous to be able to host the World Cup again.
Meanwhile, the third edition of the 'Face of Bangladesh' beauty pageant has recently come to an end. For the third time in a row, glamorous Srabonno has presented this event. In this context, she said, in 2018, I presented the 'Face of Bangladesh'. This is the first time the competition had been organized. Then in 2019 the organizers put their trust in me. Last year the show was not held for Covid-19 situation. I also presented the program this year. I will do it next year if the opportunity arises.
In addition to the presentation, Srabonno is seen in the festival drama. She acted in three plays of last Eid festival. Asked if there is a possibility of regularity in acting, her answer is that, I always get offers to act. It's hard for me to make time for acting. I don't have enough free time to give in acting purpose. However, there is no objection to work on the festival drama. Drama may be done on the occasion of the upcoming Valentine's Day. It is to be mentioned that Srabonno is regularly presenting 'Chayer Adda' on BTV, 'Bhalobasa Prane Prane' on Banglavision and 'Azgar Ali Swasthyakatha' on Desh TV.
---Mohammad Tareq, Guest Writer