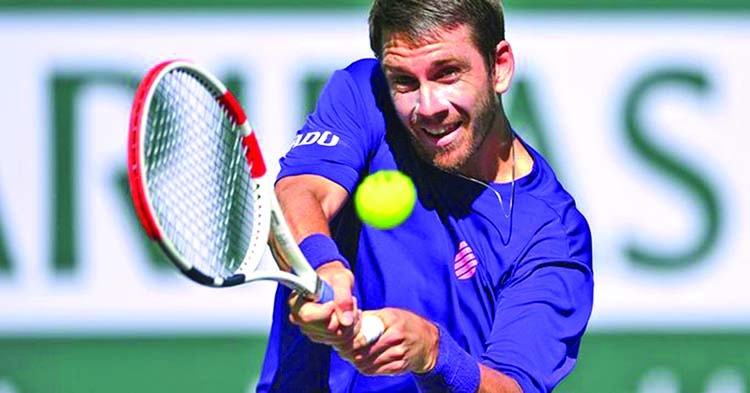 Cameron Norrie faces a tough challenge as he looks to become the first British man to win the Indian Wells tournament in California but the 26-year-old said he is feeling confident ahead of Sunday's final against Georgia's Nikoloz Basilashvili.Norrie defeated Grigor Dimitrov 6-2 6-4 at the semi-final on Saturday to advance to his first ATP Masters 1000 final. The Briton, currently ranked 26th in the world, is set to break into the top 20 for the first time when rankings are updated on Monday.
Britain's Andy Murray, Tim Henman and Greg Rusedski have all previously played in the men's finals at Indian Wells but finished runner-up. "It's going to be difficult, but I'm feeling good physically and looking forward to getting out there," Norrie told reporters."I'm not really going to think about that too much. I think it's very special, especially looking at the other names, Greg, Tim and Andy, all British tennis icons and legends.

To be added to that list is extremely special for me."The last two days have been the biggest matches of my career, so I'm going to go out there and it's going to be the biggest match of my career again. Feeling all the nerves and all the pressure, it's definitely great to experience that."Norrie described Basilashvili, who beat Taylor Fritz 7-6(5) 6-3 in the second semi-final, as "super dangerous".
"He's an incredibly tough player, especially when he's this confident," Norrie said. "He hits the ball big off both sides. He moves well. He's a great athlete."Sunday's match will be Norrie's sixth showpiece match of the year. He won his first ATP singles title at Mexico's Los Cabos Open in July.
---Reuters