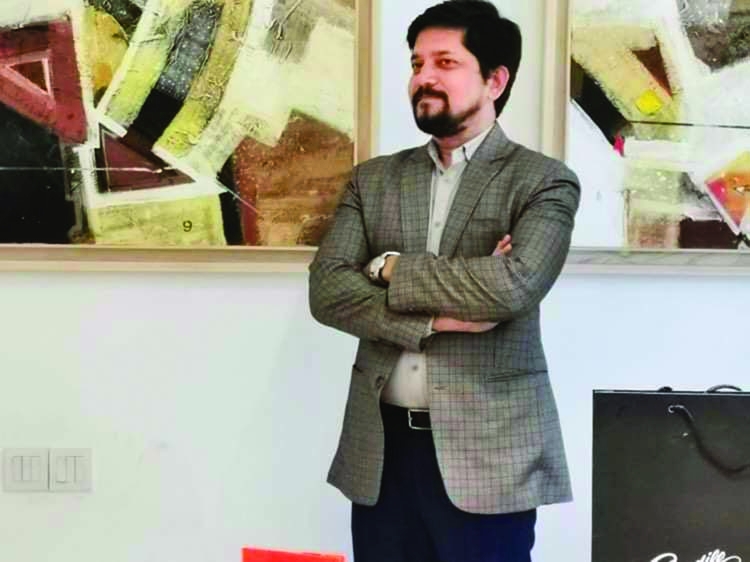 Taiab Tuhin, a well-known name in one-time stage plays. Handicraft of theater practice with Swapnadal, then acquired special skills in acting from Prachyanat School of Acting. He has special skills in Japanese style acting and mime. This talented actor got a huge response by playing the role of Major Farebi in Badal Sarkar's 'Tringsho Shatabdi' play. Notable works in his stage plays are Rabindranath Tagore's Post Office, Badal Sarkar's 'Tringsho Shatabdi', Hasan Azizul Haque's 'Chondor Kothay' etc.
His performance in the liberation war-based drama Neel Dangshan, based on a novel by Syed Shamsul Haque directed by Hasan Rezaul, was also highly praised.
At one time he used to walk around the theater, but now he is a well-known name in the corporate arena. Tuhin has moved away from the world of acting due to the busy schedule of his career in various local and multinational organizations. However, after a long hiatus, he is finally starring in Masudul Hasan Shaon's dialogues and dramas under the direction of national film director Murad Parvez, a long series based on Dr. Mahfuzur Rahman's novels.
He is playing the beloved character of this series, which is the story of the life, receipt, non-receipt, love and abandonment and livelihood of a young man from an ordinary family in Bangladesh. The character of Pritam, who came to the city with a dream of a bright future from the village, is sometimes an ordinary boy of the village, sometimes a chaotic lover, and sometimes a vindictive friend, who is once defeated by battling terminal cancer. The drama about Pritam's personal goals, love, dream breaking, abandonment and separation is being aired every Sunday to Thursday at 9:20 pm on ATN Bangla.