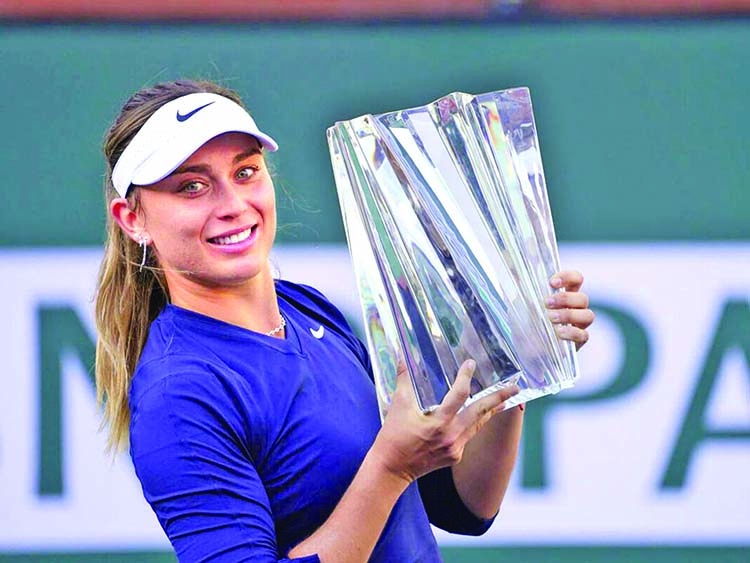 Paula Badosa demonstrated her mental toughness to become the Indian Wells champion in her desert debut on Sunday with a hard-fought, three-set victory over two-time champ Victoria Azarenka. The Spaniard, who had not lost a set since her first match of the WTA Tour tournament, needed three hours and four minutes to out-muscle Azarenka 7-6 (7/5), 2-6, 7-6 (7/2).
Badosa won her only previous WTA final earlier this season in Belgrade but she did it via a retirement over Ana Konjuh. This one was sweeter because Badosa got to close out the championship point on the court, hammering a forehand winner to the open side that Azarenka could only watch sail in. Badosa celebrated the biggest win of her career by falling face first to the court with her hands covering her face while the crowd cheered.

Two-time Australian Open winner Azarenka was trying to become the first three-time WTA winner in Indian Wells. She battled back several times on Sunday, digging in after dropping the first set in a tightly-contested tiebreaker.
But the Belarussian fell behind early in the final set tiebreaker and couldn't recover.
---AFP, Indian Wells