We are working for a harmonious country: PM 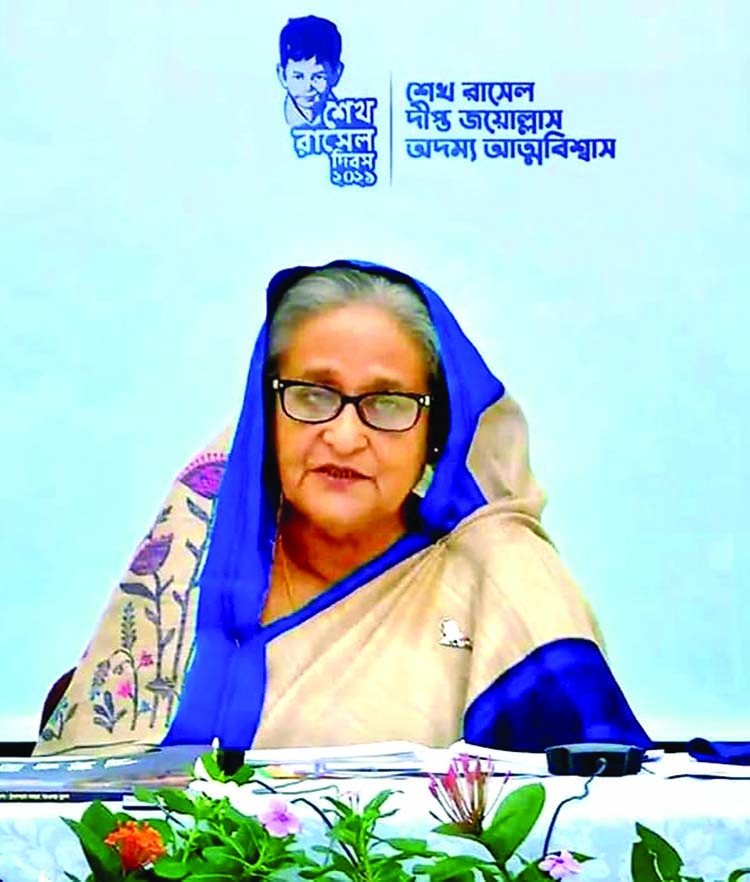 Prime Minister Sheikh Hasina said on Monday that the government is working to build up a Bangladesh on the basis of communal harmony where people of all religious beliefs will be able to live in peace. She further said that people should remain cautious and aware so that conspirators cannot spoil interreligious fraternity or obstruct the country's forward march.
Sheikh Hasina denounced the recent attacks on the temples and households of Hindu people in some parts of Bangladesh. She added that patriotic people of all religious faiths participated in the Liberation War of 1971 irrespectively. "We believe in peace and progress. We will ensure the safety of the people of all religions in our country. We will also take stern actions against the perpetrators who breach the law and assault religious minorities" Sheikh Hasina asserted.
The Prime Minister stated these points while formally opening the "Sheikh Russel Day" and distributing "Sheikh Russel Gold Medal" among the winners on the 58th birthday of Sheikh Russel, the youngest son of Father of the Nation Bangabandhu Sheikh Mujibur Rahman, through a video conference from her official Ganabhaban residence in Dhaka. Sheikh Russel Jatiya Shishu-Kishore Parishad organized the function under direct supervision of the Information and Communication Technology (ICT) Division at the Bangabandhu International Conference Centre (BICC) in the capital. Sheikh Hasina mentioned that Bangabandhu had enacted a law in 1974 to ensure security for children, saying, "How much unfortunate it was that his children had to die at the hands of killers."
Sheikh Hasina, the eldest sister of Sheikh Russel, said in an emotional voice that the killers brutally assassinated Sheikh Russel on August 15 in 1975 after killing his father, mother, brothers, and uncle (chacha) as he wanted to go to his mother.
Sheikh Hasina questioned: "Why was the baby killed? What was his guilt? What was the guilt of others? Was it a crime to liberate the country?"
The Prime Minister said that her government has been trying to ensure that no such incidents would take place in the future.