At least 26 killed in India floods and landslides 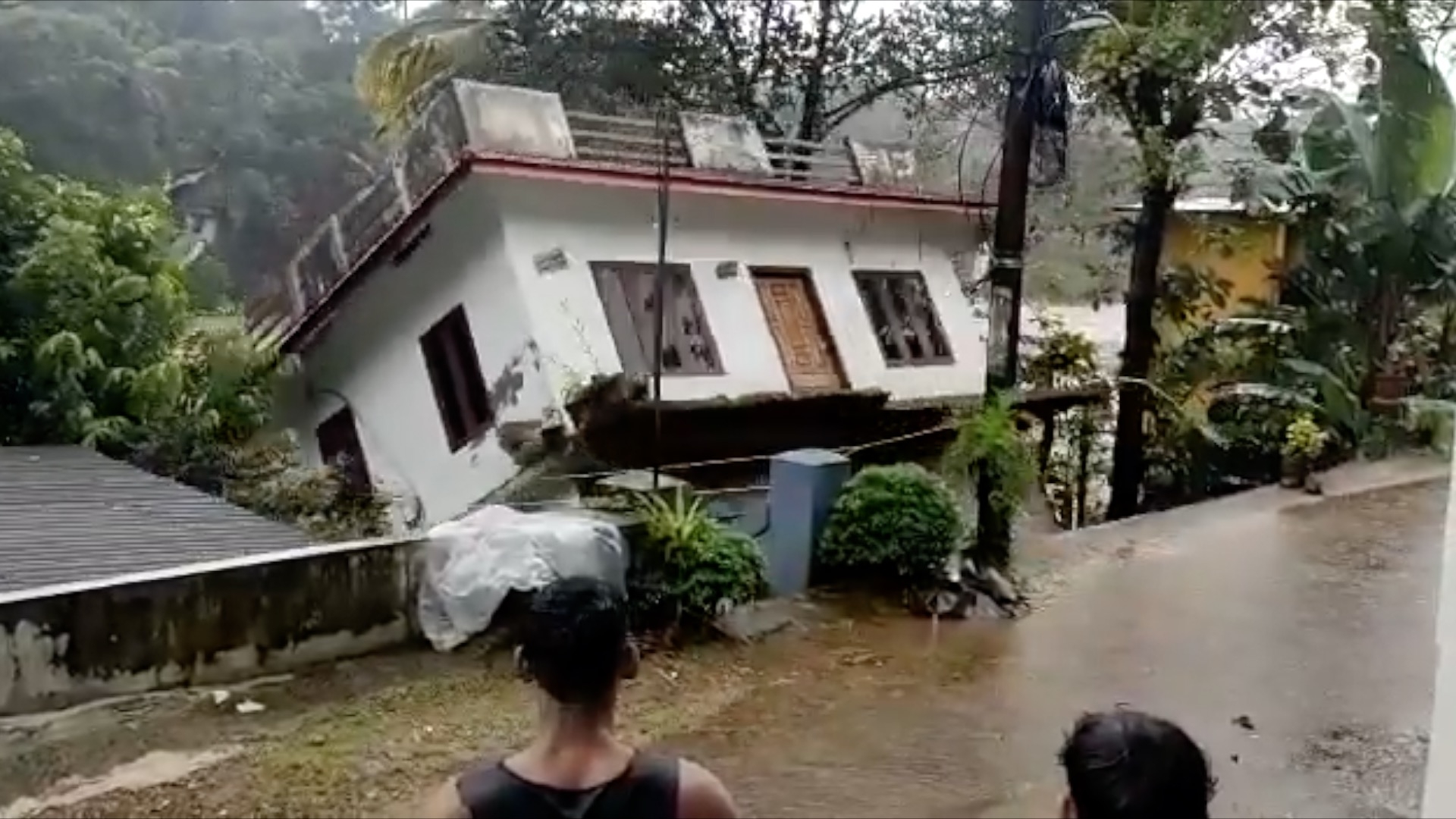 At least 26 people have been killed in floods in southern India after heavy rains caused rivers to overflow, cutting off towns and villages.
Five children are among the dead. There are fears the death toll could rise further as many people are missing.
Several houses were washed away and people became trapped in the district of Kottayam in Kerala state.
Video from the area showed bus passengers being rescued after their vehicle was inundated.
Kottayam and Idukki are two of the worst affected districts in the state, where days of heavy rainfall have caused deadly landslides.
On Monday, a number of dams across Kerala state were opened to reduce the risk of dangerous overflows.
The government had earlier said the decision on which dams to open would be made by an expert committee.
"District collectors will be notified hours before opening the dams so that local people have enough time to evacuate," said the office of Kerala's chief minister, Pinarayi Vijayan.
In 2018, more than 400 people died when heavy rains flooded the state. There was controversy over the fact that dams were opened without any warning to people living in low-lying areas.
Since the weekend, rescue teams have been moving families from vulnerable areas to safety.
Thousands of people have been evacuated and 184 relief camps have been set up across Kerala, where more than 8,000 people are being provided food, bedding and clothing.
Military helicopters are being used to fly in supplies and personnel to areas where people are trapped, officials said.
The government has also announced financial aid for those who have lost houses and crops.
One resident from Kottayam, Shahul Hameed, said his family had lost virtually everything when "water entered my house with force".
"Last year it didn't rain the way it has rained this year," he said, adding: "We were unable to find the things in our house... We only have the clothes that we are wearing."
India's meteorological department has predicted heavy, isolated rainfall in the state for up to four more days.
Prime Minister Narendra Modi sent his condolences to bereaved families after speaking to Mr Vijayan.
Tragic stories are coming out of the affected districts. A family of six - including a 75-year-old grandmother and three children - were confirmed dead after their home in Kottayam was swept away, news agency PTI reported.