'Mahishasur Marddini' is an unapologetically feminist and political film 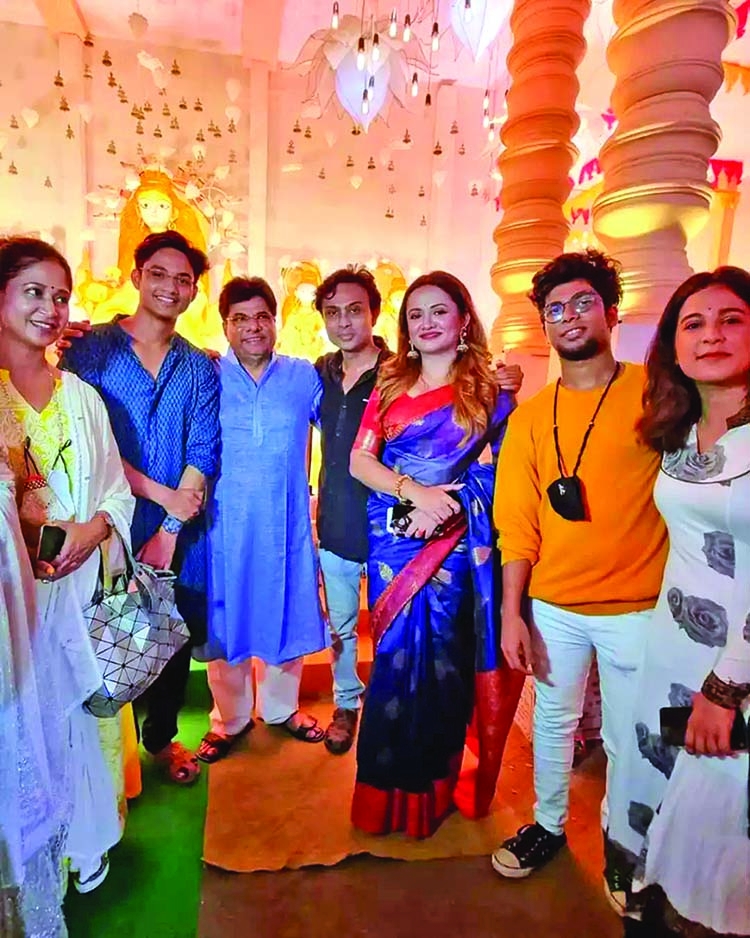 Ranjan Ghosh whose last film 'Ahaa Re' had floored everyone is back with his next film 'Mahishasur Marddini'. According to the critically acclaimed director, this film is conceived as a letter of apology to women.
"My next has been conceived as a letter of apology to women for all the wrongs being done to her. This film is unapologetically feminist and also unapologetically political. Ever since a woman is conceived in the womb - from that stage till the point of time when she's here on earth and she takes on the role of a sister, a daughter, a friend or a girlfriend or a mother or a wife - at various stages she goes through every kind of torture or discrimination and this insult is heaped upon her not only by men but also by women. And there are different layers of cast system, racism and class differences. So, 'Mahishasur Marddini' has all these layers," shares Ranjan while speaking about the film's inception.
Ranjan who was also busy promoting 'Mahishasur Marddini' during Durga Puja this year further adds, "During Durga Puja we celebrate with so much exuberance and worship clay idols of the Divine Mother Durga and on the other hand, we are mistreating the idols that are there at our home in flesh and blood. We are celebrating, we are worshiping the Durga idol but what about the idols at our home? We are destroying them at various levels. The other thing that keeps bothering me is while we worship her during the Navratri and Durga Puja as the shakti of the divine mother, we are bidding her farewell symbolizing as a wife which is as much a property of a male. That's one thing I find objectionable. Our film's link with Durga Puja is this as well."
Featuring Rituparna Sengupta, Saswata Chatterjee and Parambrata Chatterjee in the lead, the film's story unfolds over a single night. Rituparna will be seen as the owner of a house. One night, there were visitors at her house and when she interacts with them, the story and its concept slowly unfold.
Ranjan has already wrapped up the shooting part and 'Mahishasur Marddini' is in its post-production stage right now.