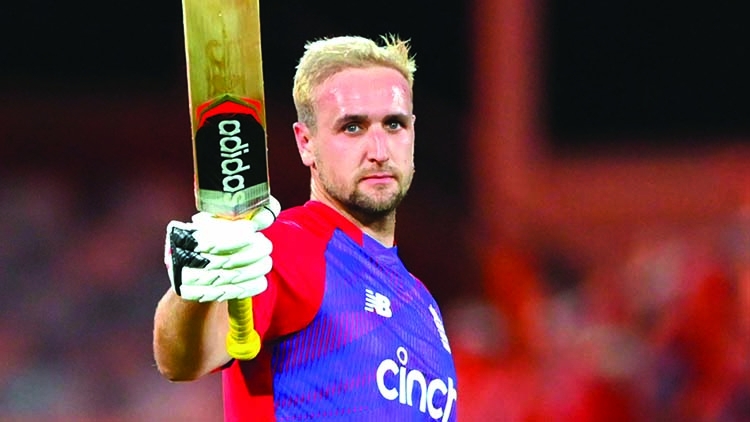 England all-rounder Liam Livingstone suffered a finger injury in Monday's warm-up match against India ahead of the Twenty20 World Cup, raising doubts over his availability for their opening game this weekend.
Livingstone left the field with the little finger on his left hand swollen after he dropped a catch at deep midwicket during England's seven-wicket defeat by India.
Livingstone was named in coach Chris Silverwood's squad for the World Cup as a replacement for Ben Stokes.

who had taken an indefinite break from cricket to focus on his mental health while also recovering from a second operation on a broken finger.
England face New Zealand in their final warm-up match on Wednesday in Abu Dhabi before starting their World Cup campaign against defending champions West Indies in Dubai on Saturday.
--- Reuters