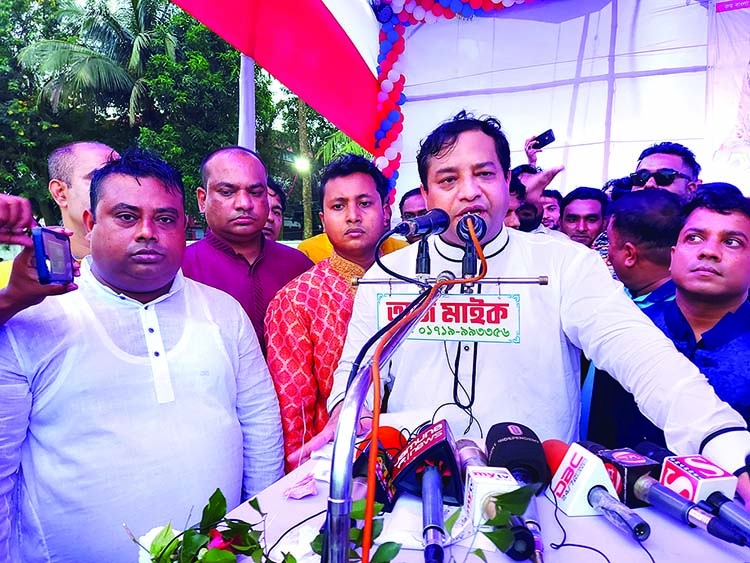 Father of the Nation Bangabandhu Sheikh Mujibur Rahman is our existence and his competent daughter Prime Minister Sheikh Hasina is our domicile, said Gazipur City Corporation Mayor Mohammad Jahangir Alam. He said, "We should forget our mistakes and differences so that we can make our party strong and united." He came with the remarks while addressing a discussion meeting as the chief guest organized by Gazipur Mohanagar Unit of Sheikh Russell Smriti Sangsad at a premises in Rajbari of Gazipur on Monday afternoon. He said, if everyone cooperates, we will be able to build Gazipur as a planned modern city. There will be no disharmony in this city. Gazipur will be an ideal city. Presided over by Sheikh Russell Smriti Sangsad President Helal Uddin Helal, local political leaders and dignitaries also spoke on the occasion.
Mahbubul Alam in Gazipur