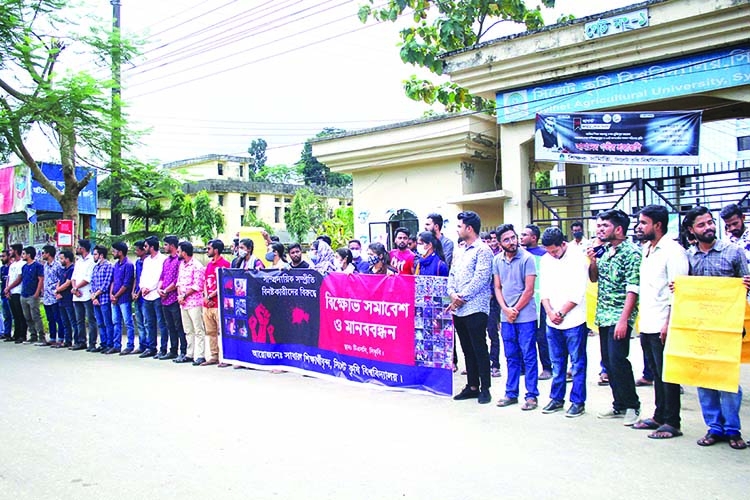 Sylhet Agricultural University (SAU) students staged a protest and formed a human chain against the recent communal violence throughout the nation.
The event was held at the university campus's main entrance at around 12 p.m. on Tuesday. The SAU students had already assembled at the TSC. Several anti-communal violence chants were shouted throughout the rally. Following the rally, the students observe one minute of silence in remembrance of the victims. Protesters said that a group of fanatical extremists is exploiting common people's religious emotions in order to sever the country's communal bond.
They further said that Bangladeshi students and the general public should take a stance against the ongoing communal violence. The rally was also attended by leaders of the Bangladesh Students' League's SAU unit.
-- Iftekhar Ahmed Fagun in SAU