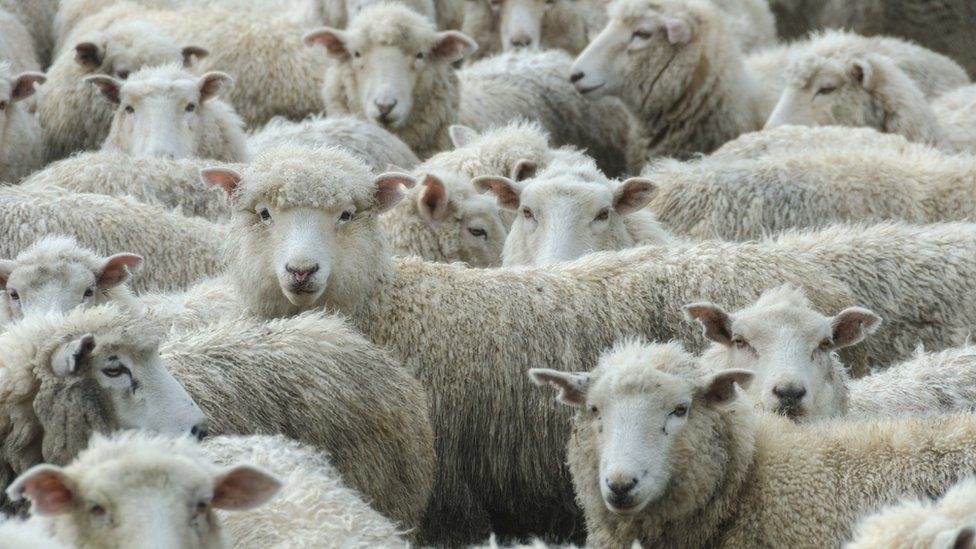 The UK has agreed a free trade deal with New Zealand which it says will benefit consumers and businesses.
Prime Minister Boris Johnson said the deal will cut costs for exporters and open up New Zealand's job market to UK professionals.
The government hopes it is a step towards joining a trade club with the likes of Canada and Japan.
The New Zealand deal itself is unlikely to boost UK growth, according to the government's own estimates.
Overall, only a tiny proportion of UK trade is done with New Zealand, less than 0.2%.
Labour and the National Farmers Union (NFU) said the deal could hurt UK farmers and lower food standards.
But International Trade Secretary Anne-Marie Trevelyan said the deal "affords opportunities in both directions for great sharing of produce" and British farmers should not be worried.
Mr Johnson and New Zealand's Prime Minister, Jacinda Ardern, agreed the pact in a video call on Wednesday after 16 months of negotiations.
Tariffs will be removed on UK goods including clothing, ships and bulldozers, and on New Zealand goods including wine, honey and kiwi fruits.
Professionals such as lawyers and architects will be able to work in New Zealand more easily, the government said.
However, the deal is not likely to increase UK economic growth - or GDP - according to the UK government's own assessments. New Zealand will fare slightly better as it may be able to sell more lamb to the UK.
But, like the trade deal recently struck with Australia, the UK hopes this is a step towards joining the Comprehensive and Progressive Agreement for Trans-Pacific Partnership (CPTPP) - a trade bloc that includes Australasia, Canada, Mexico and Japan among others.
The UK already has deals with many of the members, rolled over from when it was in the EU. But CPTPP membership would give it more access in terms of services and digital trade.
In a video of the deal being struck, Mr Johnson said: "We've scrummed down, we've packed tight, and together we've got the ball over the line and we have a deal. And I think it's a great deal."
Ms Ardern said: "I loved your use of rugby metaphors, but if we were going to continue that on, then naturally it would conclude with the All Blacks winning.
"And I know that New Zealand feels that way with this free trade agreement, but actually, it's good for both of us, as it happens."