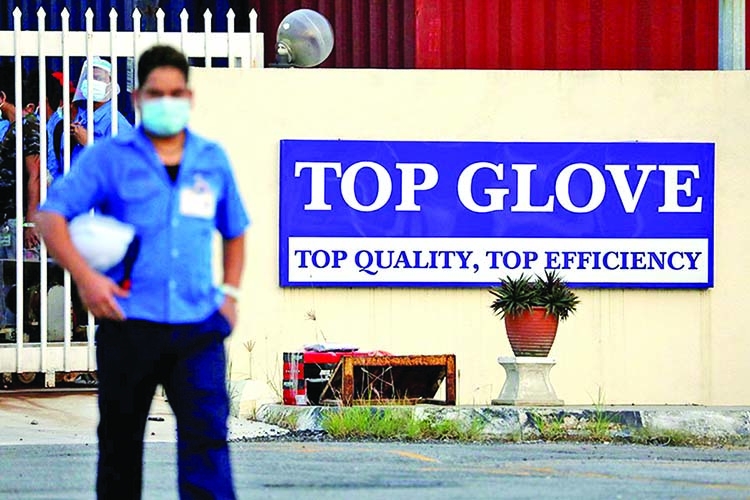 The United States has barred imports from a Malaysian latex glove maker over alleged labour abuses, the latest firm from the country to face such a ban. The relatively affluent Southeast Asian nation is home to millions of migrant workers employed in manufacturing and agriculture, but critics say they are often mistreated.
US Customs and Border Protection (CBP) announced the ban on Supermax gloves on Wednesday, after a probe found indications of forced labour in the firm's manufacturing operations.   "CBP has ample evidence to conclude that Supermax... and its subsidiaries produce gloves in violation of US trade law," said agency official AnnMarie R. Highsmith.  "Until Supermax and its subsidiaries can prove their manufacturing processes are free of forced labour, their goods are not welcome here." The agency did not give details about the alleged labour abuse at the company, which exports to over 160 countries and can produce up to 24 billion gloves a year.
But migrant rights activist Andy Hall, who investigated Supermax, said workers' complaints ranged from being unable to leave factory compounds, to cramped living conditions and unlawful salary deductions. Hall said he hoped "this trade enforcement action against the company will lead to a swift change in the abusive living and work conditions faced by the company's workers in Malaysia". Supermax did not respond to a request for comment.  Its shares were down more than 10 percent in afternoon trade on the Kuala Lumpur stock exchange. Malaysia's glove makers, whose business has boomed during the coronavirus pandemic, typically employ workers from South Asia. The US barred imports from the world's top latex glove manufacturer, Malaysia's Top Glove, earlier this year over alleged labour abuses, but the ban was lifted in September. Two palm oil companies, Sime Darby Plantation and FGV Holdings, were also hit with US import bans in 2020 over similar concerns.