I would like to work on character-based films: Purnima Bristi 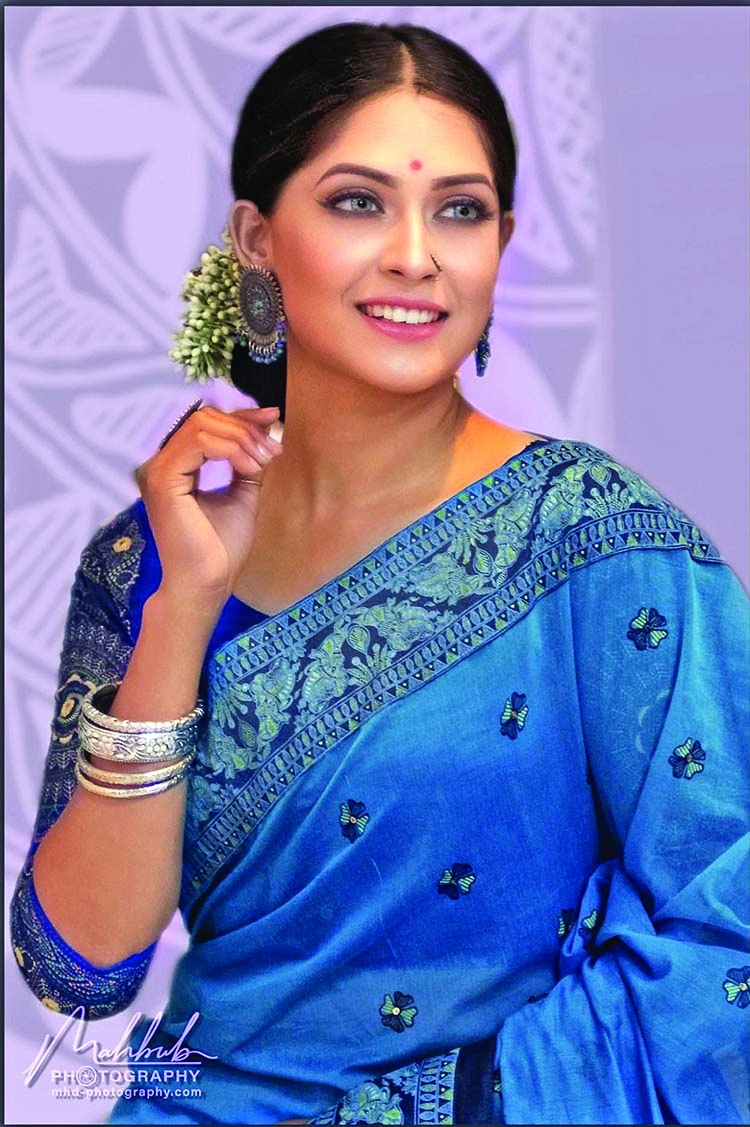 After becoming popular in modeling, Purnima Bristi is appearing on the big screen. Another Purnima is being seen in Dhaka movies. 'Dhaka Dream' directed by ProshoonRahmaan will be released on October 22 after overcoming the suspicion created in Covid-19. Glamorous Purnima Bristi has played an important role in this film. She is running a campaign to inform the audience about the film.
Purnima said with a sweet smile, "I am going to promote the film on different television channels. Everyone is respecting. Since it's my first picture, it feels differently."
Producer Proshoon Rahman has written the story, dialogue and screenplay of 'Dhaka Dream'. Asked about the expectations of the film, Purnima said, "When viewers see the film, they will understand that the story is not just mine. The story is the story of everyone's life. 'Dhaka Dream' has been made with ten life stories. My character's name is Parul. The story of a struggling young mother has come up through this character. The audience will love the depiction of the story written by Proshoondada."
Purnima Bristi is waiting for the audience's opinion about the work in the movie. "I'm waiting for the audience to take me,"she said. "I want to act in a good story film. I want to work in a film that has the importance of character. I would request the viewers to watch Bengali films with their families."
After working in 'Dhaka Dream', Purnima started working on 'Girgiti' directed by Sourav Kundo. Regarding the progress of the work, she said, "about sixty percent of the work has been completed. The rest of the work was not done as one of the actors of the film, Taskin Rahman, was out of the country. Work is expected to start soon in coordination with his time."
Meanwhile, Purnima Bristi, a busy model in advertisements, is sometimes seen as a model in music videos. She was recently seen as a model in Tina Russell's music video titled 'PagaleraiBesh'. Purnima's commentary on this, "a lot of music videos are being made. I do not want to float in the current. But I can work if it is a quality music video."
Purnima is not interested in working on the popular web platform. In this context, she said, "there is no objection to work in advertisements and dramas. But I didn't think about working on a web platform right now."
--- Mohammad Tareq, Guest Writer