'Straight roads are most accident-prone' 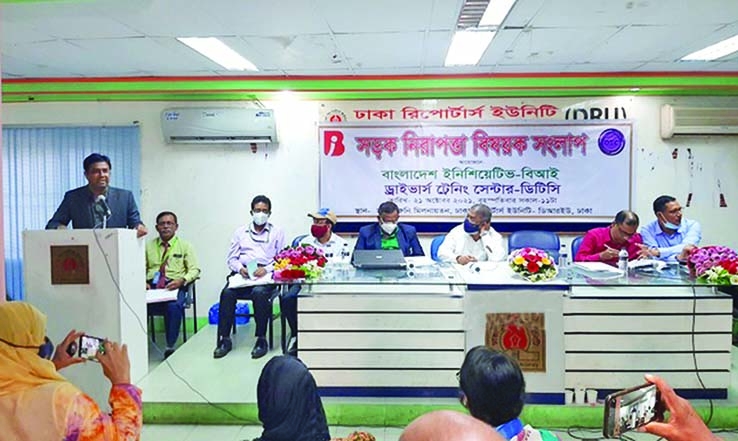 It is a common perception that the bends in roads are prone to accident, but a survey has found something different: crashes occur mostly on straight roads in Bangladesh, and the main reason behind it is high speed.
Dividers on highways have worked to some extent, cutting the number of head-on collisions between vehicles, but the number of collisions from behind has increased, according to the Accident Research Institute of Bangladesh University of Engineering and Technology.
Professor Md Hadiuzzaman, director of the institute, presented their findings at a dialogue in Dhaka Reporters Unity on National Road Safety Day on Thursday, bdnews24 reports.
At another program, the Passenger Welfare Association of Bangladesh said the country has experienced 43,856 deaths in 31,793 road crashes in the past six years.
"Many people have the idea that accidents occur mostly where the road bends, but a survey has found that 30 percent of the crashes happen on bends and the rest on straight roads," said Hadiuzzaman.
He blamed high speed for the accidents on the straight roads. As drivers have to wait for a long time in congestions caused by roadside markets at more than 200 spots in the country, they then drive recklessly at high speeds on straight roads to cover the loss of time, he explained.
Driving at a high speed has caused a rise in fatalities in road crashes, Hadiuzzaman said.
Citing a survey, he said a victim's chances of survival rise to 95 percent if they are hit by a vehicle at 30 percent of its maximum speed. The chances drop to 45 percent if the speed is 40 percent. If a vehicle hits a person at 50 percent speed, the victim's chances of survival fall to 5 percent only.
"So, speed is a very important factor in road crashes."
Most of the highways in Bangladesh now have dividers, which have reduced head-on collisions, but the type of accidents has changed. Now, the accidents occur when a vehicle hits another from behind, said Hadiuzzaman.
Low visibility due to winter fog causes more accidents in November, December and January, according to him.
Prof Hadiuzzaman said road crashes caused Bangladesh a financial loss of Tk 380 billion in 2019. The figure was Tk 328.77 billion, despite months of coronavirus-enforced lockdown in 2020. Until September this year, the loss amounted to Tk 297.8 billion.