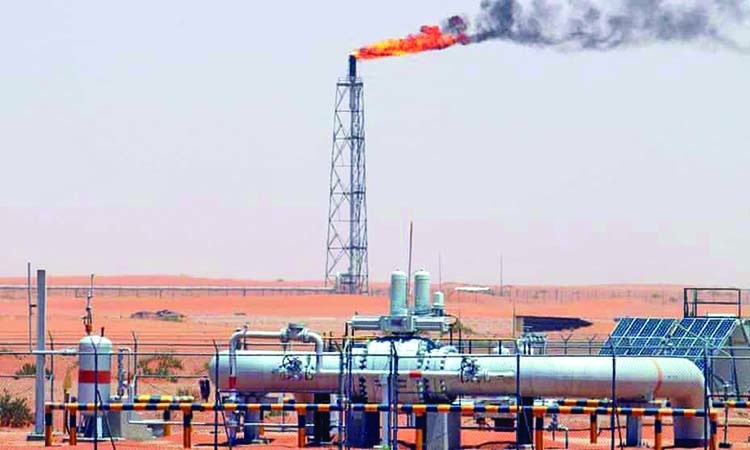 Producers such as Saudi Arabia are lobbying for the removal of recommendations that the world needs to phase out fossil fuels, the documents show. -EPA
Countries that produce coal, oil, beef and animal feed have been lobbying to water down a landmark UN climate report, according to a leak of documents seen by Greenpeace's investigation team.
Days before Cop26, the international climate change negotiations taking place in Glasgow, the leaks show fossil fuel producers including Australia, Saudi Arabia, Iran and Japan are lobbying the Intergovernmental Panel on Climate Change (IPCC) to remove recommendations that the world needs to phase out fossil fuels. According to the documents, the Organization of the Petroleum Exporting Countries (Opec), whose members include Iraq, Kuwait, Libya, Nigeria, the United Arab Emirates and Venezuela, also backed weakening the report's recommendations on fossil fuels, Guardian reports.
Meanwhile, large meat and dairy producers such as Brazil and Argentina reportedly attempted to change messages about the climate benefits of promoting plant-based diets, according to the leak of more than 32,000 comments by governments, corporations, academics and others on the draft report of the IPCC's working group III, which looks at measures to protect the globe from rising temperatures.
Simon Lewis, a professor of global change science at University College London, told Unearthed: "These comments show the tactics some countries are willing to adopt to obstruct and delay action to cut emissions. On the eve of the crucial Cop26 talks there is, to me, a clear public interest in knowing what these governments are saying behind the scenes.
"Like most scientists I'm uncomfortable with leaks of draft reports, as in an ideal world the scientists writing these reports should be able to do their job in peace. But we don't live in an ideal world, and with emissions still increasing, the stakes couldn't be higher."
The IPCC said its processes were designed to guard against lobbying and that in order to do this it used "diverse and balanced author teams, a review process open to all, and decision-making on texts by consensus".
Prof Martin Siegert, a co-director of the Grantham Institute at Imperial College London, said the report exposed the behaviour of certain countries that have attempted to hold back progress on decarbonisation.
"This lobbying has no impact on the scientific credibility of the IPCC report, however. That the IPCC upholds the science in the face of such forceful vested interests is a triumph, and we should be grateful to the scientists involved for not yielding to such pressure," he said.
.