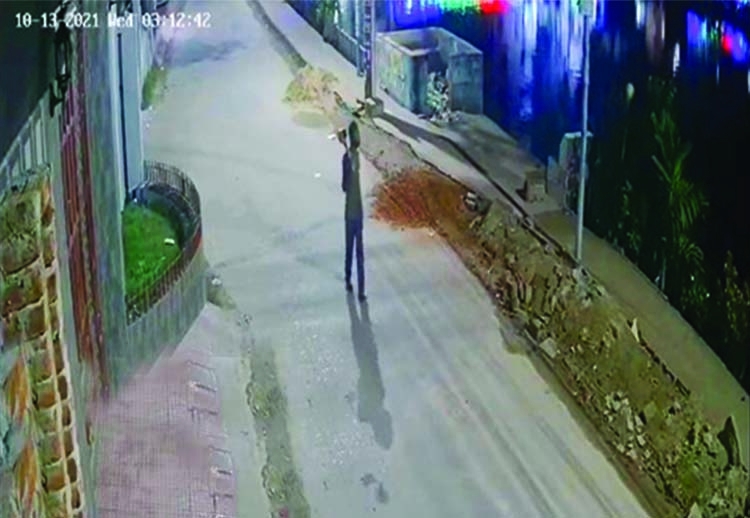 Police have arrested Iqbal Hossain, who allegedly placed a copy of the Quran at a Durga Puja venue in Cumilla, a perceived act of sacrilege that triggered deadly violence against Hindus across the country.
"It is confirmed that Iqbal was arrested," Home Minsiter Asaduzzaman Khan Kamal told the media. The man was arrested at Cox's Bazar sea beach about 10 pm on Thursday, said Rafiqul Islam, additional superintendent of police of the district. The Cox's Bazar police prepared to turn Iqbal over to Cumilla police, he said, bdnews24 reports.
Faruque Ahmed, SP of Cumilla police, said they were checking whether the arrested man was actually the key suspect, Iqbal. Police officials in Cumilla said Iqbal, 35, son of Noor Mohammad Alam of Khanqah Mazar neighborhood in the city's Sujanagar, had worked as a painter. Police on Wednesday said they have identified from security camera footage the young man who "placed the copy of the Quran" at the puja venue in the city's Nanua Dighir Par in the wee hours of Oct 13.
The temporary puja venue did not have a CCTV camera, but footage from a security camera at a nearby house showed a young man walking towards the puja venue after leaving the Darogabari shrine of Shah Abdullah Gazipuri after 2 am. Footage shows the man carrying something that resembles a book.
On his way back from the puja venue at 3:12 am, he was seen carrying a replica of Gada, or mace, a weapon of Hindu god Hanuman. Locals said they found a copy of the Quran in the lap of Hanuman, a central character in the Hindu epic Ramayana, but his weapon was missing.
The Kotwali Police Station chief recovered the copy of the Quran after getting a call via the 999 national helpline. Police later arrested the man who published on Facebook a video of the officer with the Quran.
Several temples and puja venues in the city came under attack in the afternoon as tension mounted after the video went viral. Many shared the video calling for attacks on Hindu sites alleging sacrilege.
Police said seven people died as communal violence spread to other parts of Bangladesh. The law enforcers have arrested 450 people in 72 cases over the attacks and clashes.