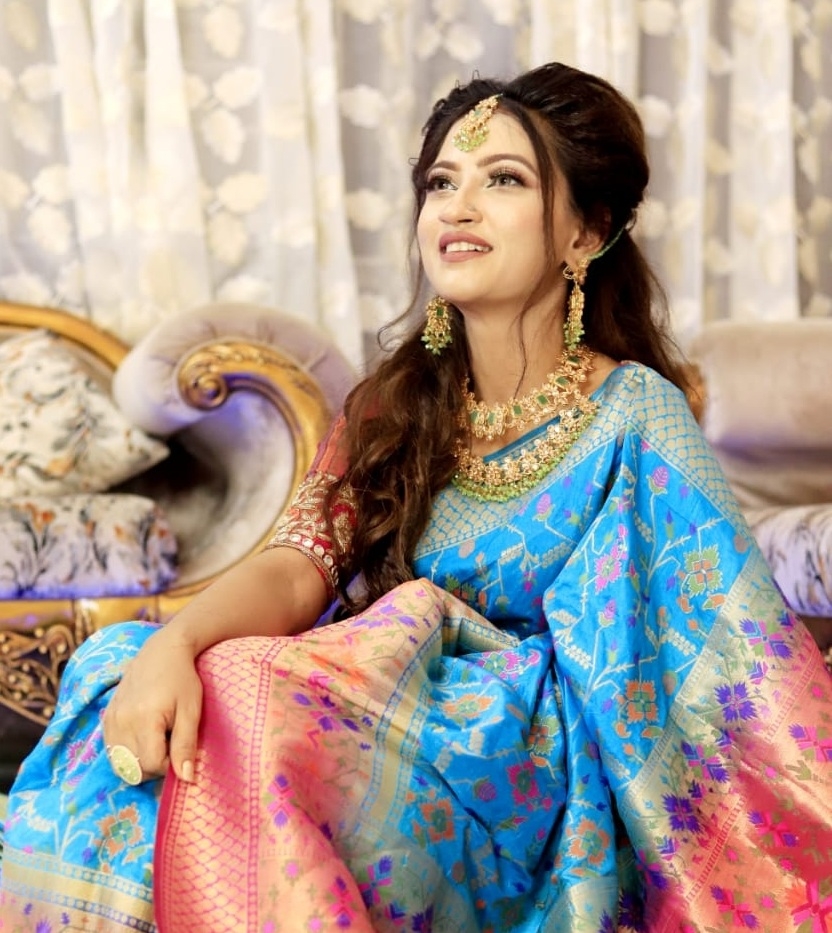 Afrin Anis Rahman's life was always an exception as a public figure. Some 1.5 million people now follow her as a role model on social media, but many don’t know the story behind it. In the middle of her studies, in 2013, when there were only a few names in the world of online business, she started Smart Shopping Bd with a capital of BDT 6,000 only. One year later, in 2014, she formed a company and opened her own office-cum-display center, where for the first time in Bangladesh, buyers were given the opportunity to check and buy imported makeup products. In 2015, he gave the first outlet of Smart Shopping Bd in Mohakhali. It didn't take long for them to get an overwhelming response and online customers to win their hearts.

After getting married at the age of 18, many girls have to leave their dreams, desires, and future behind and start a new life. Even after her marriage, she continued her studies at an indomitable pace and was always stood first in the English department of Daffodil University. Undefeated Afrin Anis Rahman became the first class to break the 12-year record of her university and got the gold medal in the postgraduate degree. The brilliant academic result opened up a new horizon in her life.

Despite being a mother of two, Afrin Anis Rahman relentlessly continues her business and other pursuits. She started her own Facebook blog page after receiving training from international makeup artists and institutes. After completing several professional courses, she became an instructor herself. Quality testing, speculation, and imagination about different makeup & looks were now her full-time job. In 2016, Afrin Anis Rahman became popular among a large number of people by using the Facebook Live option first time in Bangladesh. The money that can be earned even in the comfort of our own home was introduced by a few initiators like her. The first revolution in the promotion and sale of products at home took place during those times, through which today millions of girls are becoming supportive at home.

In 2016, Afrin Anis Rahman started a new way through social media and became an influencer again with businessmen, bloggers, brand promoters, presenters, artists. Makeup lives. During this time, she started working with various international brands as well. By 2017, she took the second outlet in Dhanmondi. The third outlet of its own business in Asia's largest Jamuna Future Park and the fourth outlet in Sanmar Ocean City, the heart of the port city of Chittagong.

Afrin Anis Rahman secured 4th place as the most popular face of the Mrs. Bangladesh competition in 2019. She lost almost 55 kg body weight and emerged as a fitness role model for young women. She impressed her audience with her talents – be it singing songs, dancing, or acting performances. She recently starred under Mabrur Rashid Bannah's direction in - Mugdho Byakoron My Mr. Porishkar, and Sweeper man.

Afrin Anis Rahman, a pioneer in women's empowerment, is now is an icon, who owns many businesses. In addition to her own business, Afrin collaborated with others during corona lockdown and helped hundreds of small women entrepreneurs free through her live promotion, bringing them back from suffering business losses. .