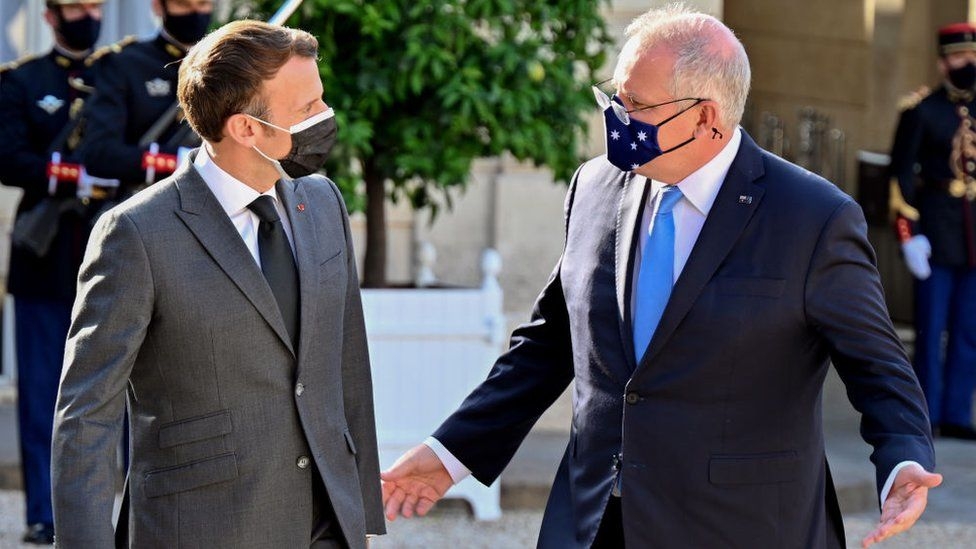 French President Emmanuel Macron has said Australia's PM Scott Morrison lied to him about a scrapped submarine deal.
Asked whether he thinks Mr Morrison was untruthful, the president replied: "I don't think, I know."
Mr Macron was furious after Australia cancelled a $37bn (£27bn) deal to build 12 submarines, and instead negotiated a new defence pact with the US and the UK - the so-called Aukus.
The pair's meeting at the G20 summit was the first since the September row.
On the sidelines of the gathering in Rome, President Macron was asked by an Australian journalist whether he could trust Mr Morrison again.
"We will see what he will deliver," Mr Macron answered.
"I have a lot of respect for your country. I have a lot of respect and a lot of friendship for your people. I just say when we have respect, you have to be true and you have to behave in line and consistently with this value."
The cancelled deal launched a bitter rift between France, Australia and the US.
French Foreign Minister Jean-Yves Le Drian denounced the decision as "a stab in the back", and Paris temporarily recalled its ambassadors to Australia and the US.
Speaking after Mr Macron's comments, Scott Morrison told reporters he had not lied to the president, and that he had previously explained to him that conventional submarines would no longer meet Australia's defence needs, according to Reuters news agency.
He added that rebuilding the trust and relationship between the two nations had already begun.
On Friday, US President Joe Biden also held his first face-to-face meeting with Mr Macron since the Aukus pact was agreed.
During the seemingly awkward exchange, Mr Biden admitted that the US was "clumsy" over the negotiations. Mr Macron said it was important to "look to the future".
The leaders will have more time to mend relations, as all three are now heading to the Scottish city of Glasgow for the COP26 climate change summit.
The Aukus pact will let Australia build nuclear-powered submarines for the first time, using technology provided by the US. It will also cover AI and other technologies, and is one of Australia's biggest defence partnerships in decades.
The pact scuppered a deal signed by Australia in 2016 for France to build 12 conventional submarines.
It is widely seen as an effort to counter China's growing military might. China has condemned the agreement as "extremely irresponsible". 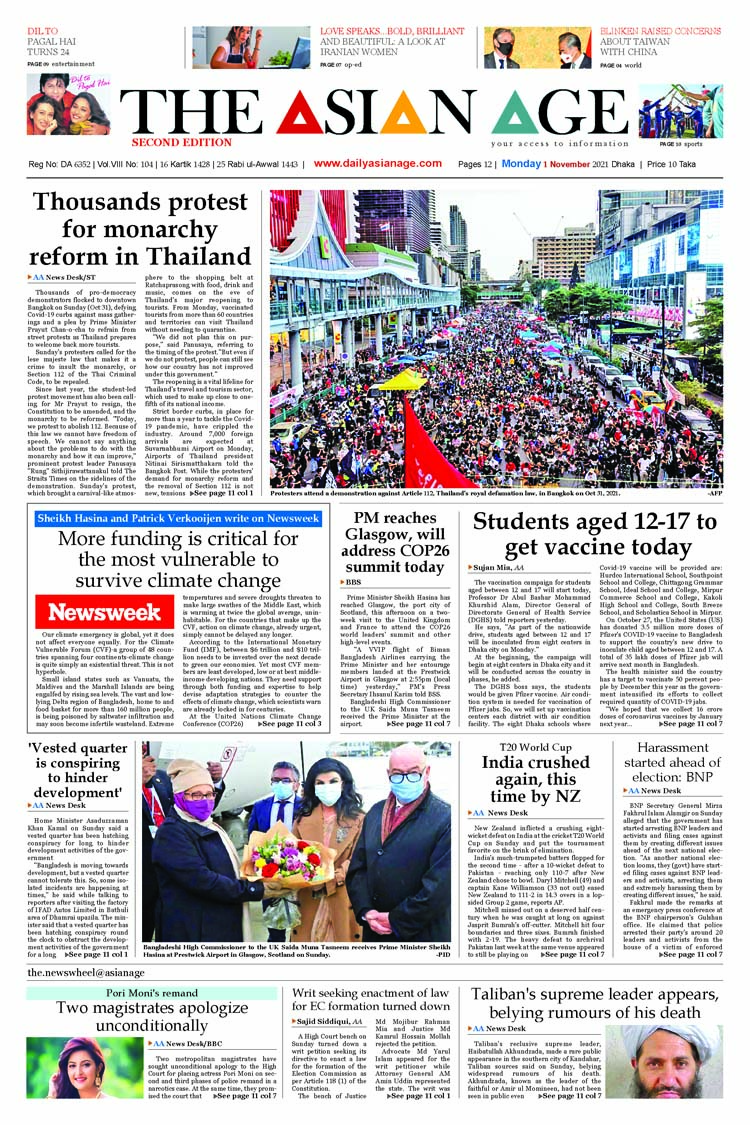