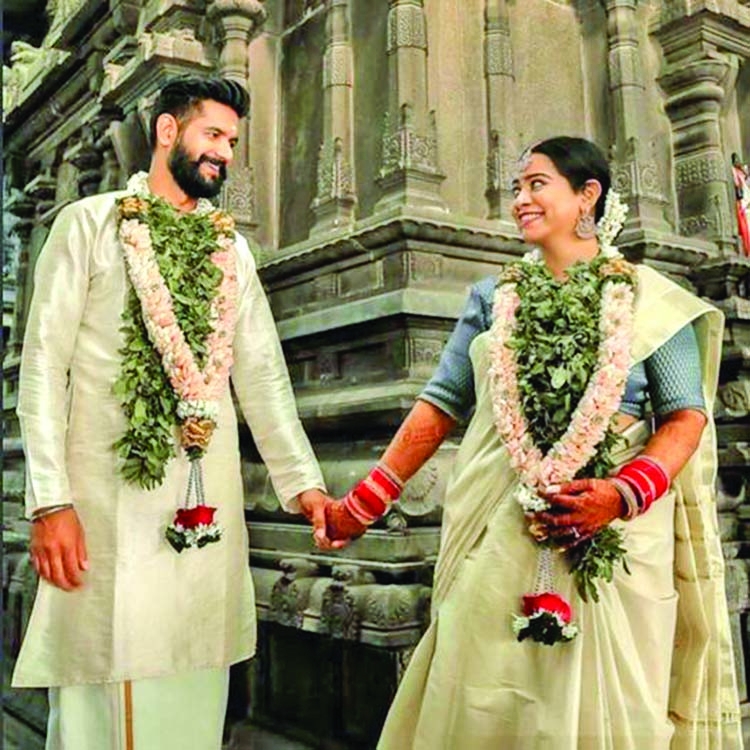 "My last breakup left me broken. I was studying in Pune at the time and was away from family; loneliness gripped me. My roommate suggested I join Tinder, so I did. But I didn't know what I was looking for until I matched with Paramveer.
Within an hour of matching, we exchanged numbers and ended up speaking for over six hours! Paramveer told me about his life in Bombay and his dreams of becoming a musician, while I cribbed about the difficulties of college life! From then on, late-night calls became our ritual. And soon after, I opened up to him about my past relationship. When he said, 'I'm here if you ever want to talk about it again,' I felt heard and understood!
A month passed by like that and then he asked, 'Do you want to come to my brother's wedding?' I knew about the wedding; he was so excited about it, but it was in Chandigarh! And even though we'd never met and had only known each other a month, I felt comfortable enough to say, 'Let's go!' I didn't realize how crazy it was until my roommate said, 'That's the longest first date ever!' We finally met at Mumbai airport a week later. It was like running into a long-lost friend; he pulled me into a giant hug! And so, our first date was on a flight to Chandigarh. When the plane landed, he said, 'My parents are going to love you!'
And they did; they treated me like family, while his cousins teased him, 'He's finally got a girlfriend!'; Paramveer was constantly blushing. So after wrapping up the wedding, we spontaneously decided to take a detour to Shimla. It was beautiful; we drove all the way up, head-banging to his favorite rock songs that I'd grown to love. Once we got there, It was freezing; we downed an entire bottle of brandy to keep warm!
After a week full of adventure, parting ways got tough. But we promised to see each other every weekend. And we lived up to this promise until the pandemic hit; we were stuck in two different cities for four months. But the time apart brought us closer; virtual dates and movie nights became our thing!
Humans of Bombay, Fb