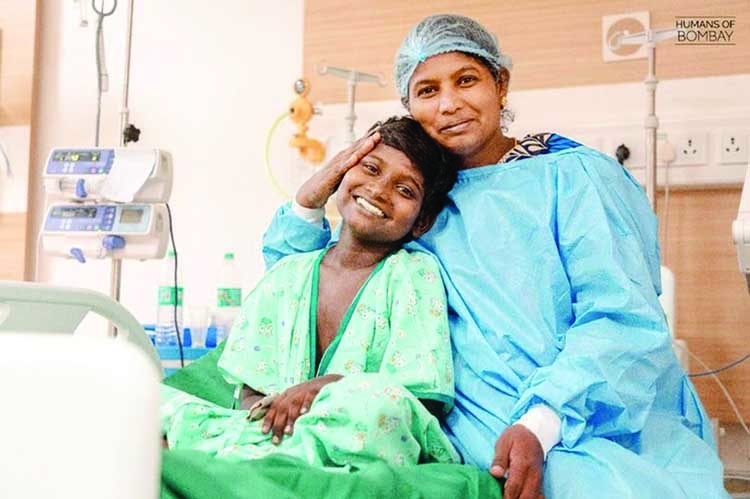 "I was 23 when I had Manoj. He was the cutest little thing; I still remember all his firsts-the first time he walked, the first time he said 'Mummy!' He was my perfect baby. And when he was 2, we had another boy. But before we could even name him, we lost him to a rare heart condition. He was just 10 days old…My husband and I were devastated. But I yanked myself out of it, for my Manoj; he needed his Mummy.And then when I was 28, I had my third child, Ramajayam!
He was this tiny boy with the cutest nose...but most importantly he was healthy!
And the best part was seeing both my boys bond; Manoj never left his brother alone. But when Manoj was around 8, he started getting fits. I didn't think much of it, but when he started feeling breathless, I was worried.
The doctors said he had the same heart condition as his brother whom we lost; before we could even process it, we lost Manoj too…He'd just turned 9. The sense of loss was overwhelming and it multiplied when the doctor said, 'The illness your sons were suffering from is hereditary.' I felt responsible.
Life didn't feel worth it anymore, but I still had my baby, Ramajayam. Hearing him call me 'Mumma' gave me a reason to go on. And to watch Ramajayam grow, to see him go to school and play with his friends, helped me heal. My happiest day was when I taught Ramajayam to ride a bicycle! But when Ramajayam turned 12, my deepest fears came true.
Out of nowhere, he'd have uncontrollable fits and stomach pains. I'd panic when he'd get breathless. Once, when he experienced pain while urinating, my husband and I rushed him to the hospital. There, we were told, 'Ramajayam's heart is failing. He has the same illness as his siblings.' I was numb.
Moreover, my husband blamed me, 'It's all your fault!' And a few months ago, he abandoned us. I was shattered, but I pulled myself together. I worked as a daily wager and sold everything I owned to pay for Ramajayam's treatment. During that period, my brother took us into his home and together; we tend to Ramajayam together.
Humans of Bombay, Fb