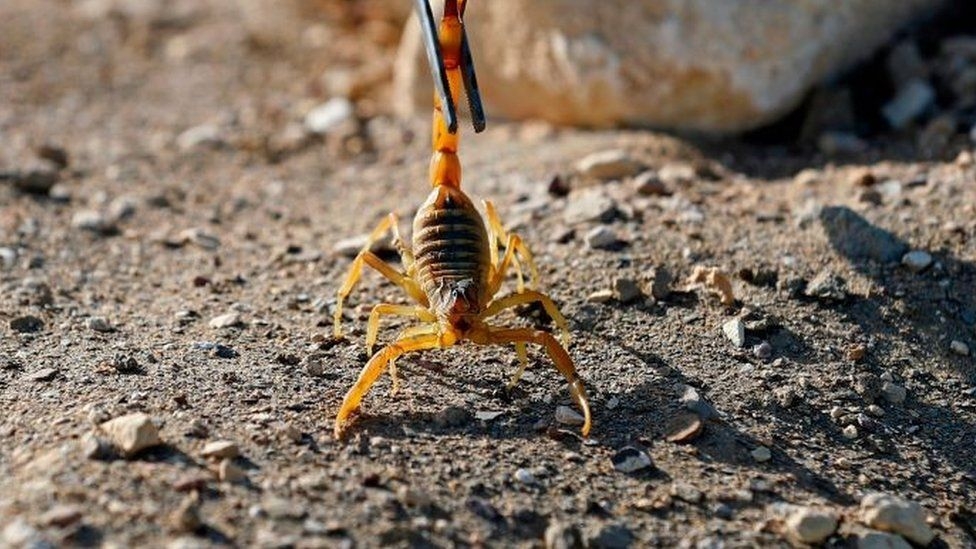 Scorpions in Egypt have stung three people to death in the southern city of Aswan after heavy storms brought them into the streets and homes.
Some 450 more people were injured by scorpion stings, a health ministry official said.
The hail and thunder storm in the area near the River Nile on Friday was particularly violent.
Scorpions are regularly washed into the streets by heavy rain, while snakes have also been disturbed.
Extra doses of anti-venom have been provided to medical centers in villages near mountains and deserts, a health official told Al-Ahram news agency.
Doctors have been pulled away from giving vaccinations to treat scorpion bites, the official added.
People have been urged to stay at home and avoid places with many trees.
Egypt is home to fat-tailed scorpions that are among the most deadly in the world. Venom from a black fat-tail can kill humans in under an hour.
Symptoms related to widespread venom effects can include difficulty breathing, muscle twitching and unusual head movements.
Anti-venom is used as a preventative measure before symptoms arise, but can also work once symptoms start to worsen.