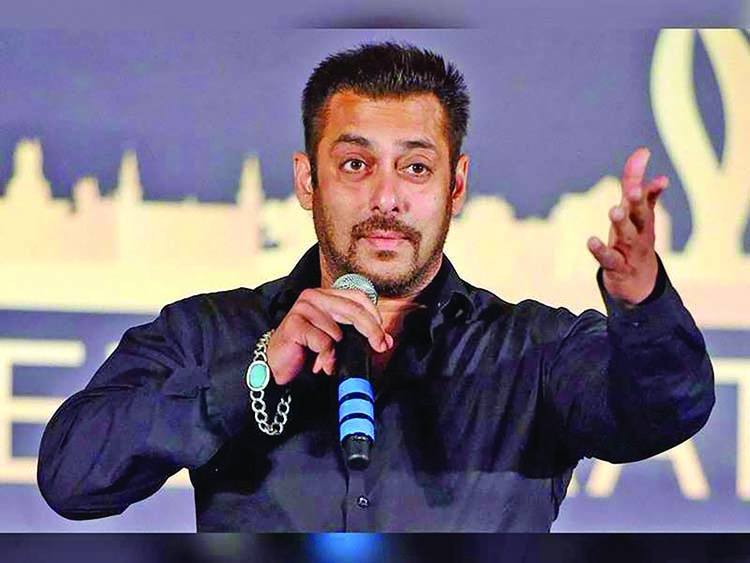 Superstar Salman Khan is currently promoting his upcoming release 'Antim: The Final Truth' in full swing. The film stars Salman Khan in the role of a Sikh police inspector whose mission is to clean the city of Mumbai from gangsters. His brother-in-law Aayush Sharma plays the main antagonist in the movie, set to release on Friday, November 26.
In a recent media interaction, while promoting the film, the 'Radhe' star said that the era of superstars will never go but the next generation needs to work hard as the stardom won't be handed over to them.
When asked whether the OTT revolution in the film industry will mark the end of superstars, the actor seemed amused by this question and then replied, "We will go, somebody else will come up. I don't think that era of stars will go. It will never go. It will always be there. This younger generation will have their superstardom. I have been hearing this for the last four generations, 'ki yeh last generation hain' (this is the last generation of stars)." He even added that stardom now depends on a lot of things such as an actor's selection of movies and their real-life personality.
"We will not leave it for the younger generation to take it easy. We will not hand it over to them. 'Mehnat karo bhai, pachas plus me mehnat kar hi rahe hain, toh aap bhi mehnat karo (work hard, we are working hard at the age of 50+, you should also work hard)", Salman added who made his debut in the Hindi film industry since 1988 and is still delivering box-office successes such as 'Sultan', 'Tiger Zinda Hai' and 'Bajrangi Bhaijaan'.
'Antim: The Final Truth' is a remake of the 2018 Marathi crime-drama 'Mulshi Pattern' and is directed by Mahesh Manjrekar It is produced by Salman himself under his banner Salman Khan Films.