Amidst the news of divorce, Priyanka made fun of husband Nick 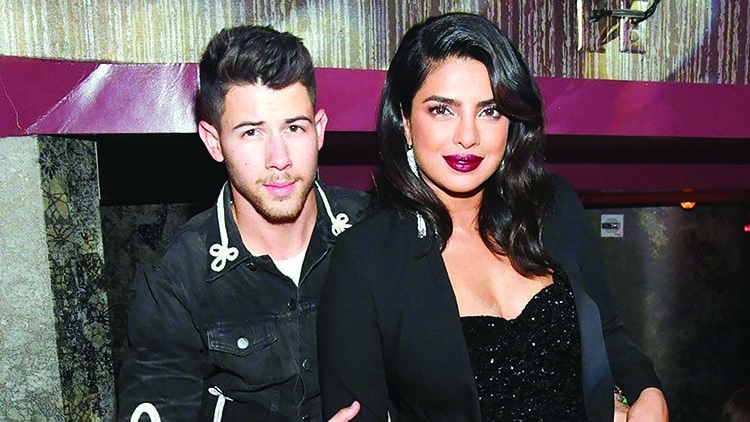 Priyanka Chopra has recently removed the Jonas surname from her name on her Instagram account. Everyone is shocked by this decision of the actress. The actress has not given the reason why Priyanka did this. Although she is following Nick Jonas and her in-laws as well as commenting on their posts, the reason for removing the surname has not been revealed yet.
Well in the meantime, the Jonas Brothers Family Roast Show has been released on Netflix, which has rocked. Priyanka also shared a clip of this show in which she is pulling Nick to the roast i.e. his leg. By the way, apart from Priyanka, her two sisters-in-law Sophie Charner and Daniel Jonas also roasted their husbands.
Priyanka didn't leave any chance to make fun of Nick, be it the age gap between the two or the maximum number of followers on Instagram. Regarding the age gap between the two, Priyanka said, there is an age gap of 10 years between Nick and me. So there are a lot of 90s pop culture that Nick doesn't understand and I explain them.
Nick explained to me about Tik Tok and how to use it and I showed him how a successful acting career looks like. Hearing this statement of Priyanka, not only Nick and his brother but also the audience laughed a lot.
Priyanka also said that her Instagram followers are more than the Jonas Brothers. The actress said, did you ever notice how much content the Jonas Brothers post online? He is always on Instagram, always on his phone. It's so cute, let me tell you why. Because in front of my followers, there are less followers of all these together. So I think the most popular one from the Jonas family is me.
Priyanka said that when we got married, a lot of questions arose. People said that this is a publicity stunt. But how can that be. I didn't even know how famous Nick is. All I knew was that he was Kevin Jonas' baby brother.
Priyanka surprised Nick and the audience with her announcement. He said, we are the only couple who do not have children right now. Kevin has 2 daughters, one of which I am also going to make an announcement. sorry baby. Nick and I are looking forward to having a drink tonight and sleeping tomorrow.
Hearing this from Priyanka, Nick breathes a sigh of relief. Well in the last, Nick gets up from his seat and hugs Priyanka and kisses her.