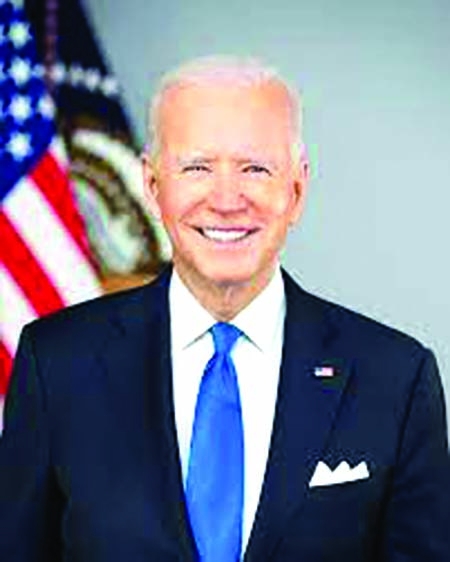 Taiwan is among the 110 delegations invited to US President Joe Biden's "Summit for Democracy" in December 2021, according to a list released by the State Department on Tuesday night.
However, Bangladesh and China are not seen on the list of the invitees. Taiwan's inclusion is sure to infuriate the Chinese government, which views the self-governing island as a breakaway territory and opposes any attempts to legitimize it on the international stage.
Biden has repeatedly expressed his ironclad commitment to helping Taiwan defend itself from a potential Chinese invasion.
He has at times gone further than the official US government position on a potential war over Taiwan, only to have the White House press office clarify that the policy has not changed. The invitation list for Biden's summit, which will be held from December 9-10, underscores the messy nature of 21st-century democracy and US relations with certain allies and partners.
Hungary, whose far-right Prime Minister Viktor Orbán is a staunch proponent of "illiberal democracy," is the only member of the European Union not invited to the summit.
NATO ally Turkey was also not invited, amid President Recep Tayyip Erdo?an's increasingly authoritarian antics and drift toward Russia.
The Biden administration did, however, invite Poland, India and the Philippines, which have also experienced democratic backsliding over the past several years.
The summit is expected to focus on three principle themes - "defending against authoritarianism, fighting corruption, and promoting respect for human rights," according to the State Department.
In addition to world leaders, Biden will convene members of civil society and the private sector for an array of events focused on "designing concrete commitments and deliverables for the summit."
In approximately one year, Biden will host a second summit - this time in-person - to take stock of the progress made and forge a common path ahead.