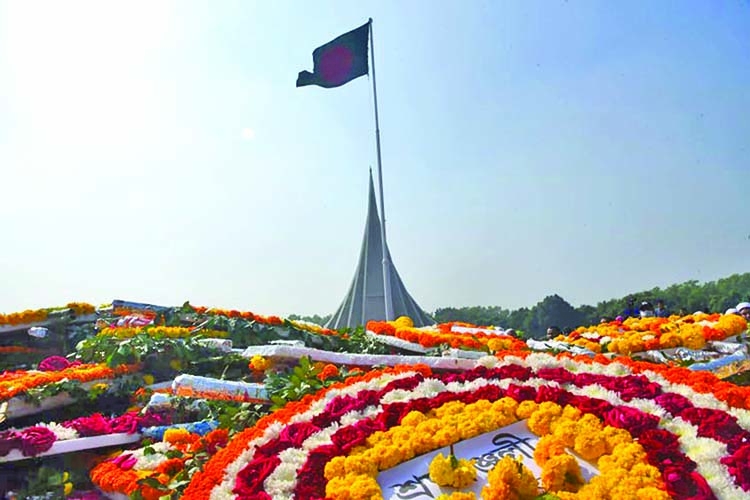 The 51st Victory Day was celebrated on Thursday across the country in a befitting manner as the day had a special significance for two giant celebrations- the birth centenary of Father of the Nation Bangabandhu Sheikh Mujibur Rahman and golden jubilee of country's independence.
Bangladesh emerged as an independent nation in the world under the leadership of Bangabandhu Sheikh Mujibur Rahman at the cost of supreme sacrifice of three million people and the honor of nearly half a million women. At the beginning of the first day's program on Thursday, Prime Minister Sheikh Hasina administered an oath to the nation this afternoon as part of the celebrations.
At the second session of the program, a discussion was held with Prime Minister Sheikh Hasina in the chair.
President Abdul Hamid spoke at the meeting as the chief guest, while his Indian counterpart Ram Nath Kovind addressed as the guest of honor.
Jatiya Sangsad Speaker Dr Shirin Sharmin Chaudhury, Liberation War Affairs Minister AKM Mozammel Haque and Chief Coordinator of the implementation committee Dr Kamal Abdul Naser Chowdhury also spoke.
On the occasion, Bangabandhu's younger daughter Sheikh Rehana presented the "Sraddha Smarak- Mujib Chironton" to the guest of honor.
All programs marking the giant celebrations were held maintaining the health safety guidelines due to the ongoing coronavirus pandemic.