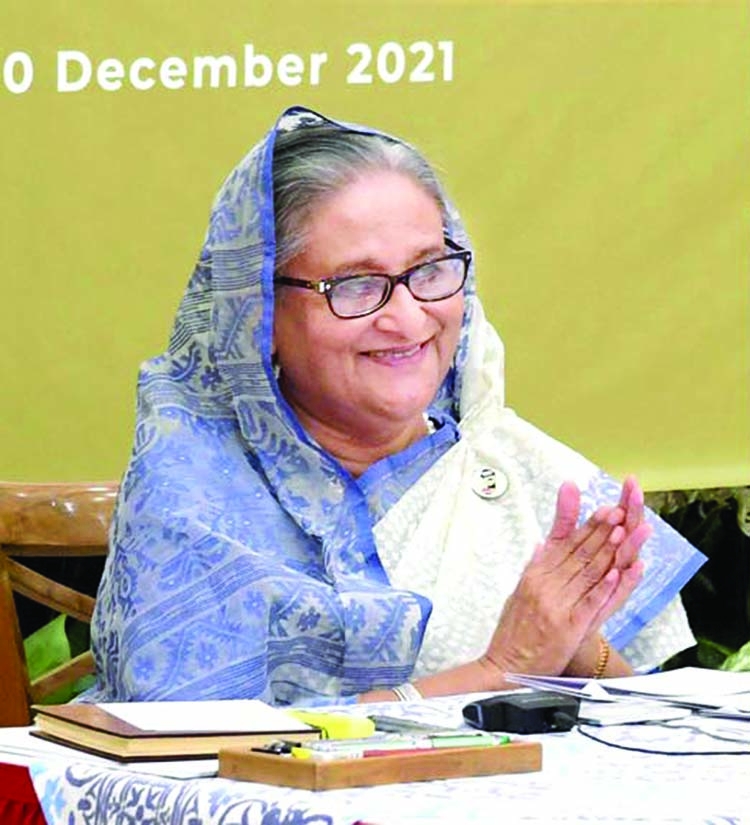 Prime Minister Sheikh Hasina has said that Bangladesh keeps friendly relations with all countries including the neighbors as the country has been following the foreign policy adopted by Father of the Nation Bangabandhu Sheikh Mujibur Rahman 'Friendship to all, malice to none' after the Awami League assumed power.
She was distributing the maiden 'Bangabandhu Medal for Diplomatic Excellence-2020' at a function in Foreign Service Academy in the capital, joining virtually from her official Ganabhaban residence on Monday.
Sheikh Hasina said, "Diplomats of our friendly countries will be inspired to take relationship between their respective countries and Bangladesh to a new height". "We have solved maritime boundary problems with India and Myanmar keeping friendly relations with them.
This is our diplomatic success," she further said. The prime minister said, "I have nothing to want. I even don't want anything for me. I have been working to bring smile on the faces of the distressed people. I want to materialize the dream of her father (Bangabandhu Sheikh Mujibur Rahman) to transform Bangladesh into a developed and a prosperous country free from poverty and hunger."
On behalf of Prime Minister Sheikh Hasina, Foreign Minister Dr AK Abdul Momen handed over the awards to the recipients. Earlier, State Minister for Foreign Affairs Md Shahriar Alam announced the names of the awardees.
After receiving the awards, the two recipients shared their feelings.  While sharing his feelings, Syed Mohammad Al Muhari dedicated the medal to  the peoples of UAE and Bangladesh.Amir Hossain Amu MP, Abul Hasnat Abdullah, MP, and Matia Chowdhury MP spoke on the occasion. The diplomats from the foreign missions stationed in Bangladesh were also present at the function.