Our expectations in New Year 2022 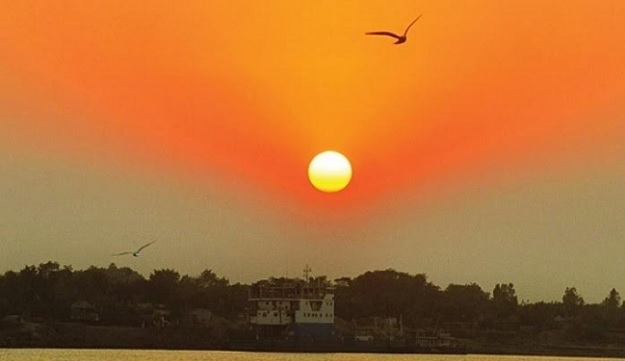 Let the latent patriotism hidden inside everyone be awakened in the welfare of the country and the nation, let the new door of possibility open - I am expecting this in the New Year.
The journey of 2022 started with many achievements and expectations. We welcome the new year on the first of January every year with dreams and possibilities. We are excited and we promise to continue in the New Year.  We will move forward to make a living in a new way, using new dreams and possibilities.
We will welcome the new year with social, political and economic commitments.  I also promise to change my personality, correct the mistakes of the past year and walk in a new, transparent and correct way.  It is the innate tendency of man to say goodbye to the old and accept the new.
However, in the political, social, economic, cultural, education etc. of the country, everyone is doing the calculation of how the year went.  They are doing it nationally and personally.
2021 was an important year in our national life.  The year has gone through ups and downs in various fields besides the Corona disaster.

In the year 2021, including the celebration of the golden jubilee of independence, the 50th anniversary of the victory, and the birth centenary of Father of the Nation Bangabandhu Sheikh Mujibur Rahman.  The year 2021 was lost in the flow of time in the womb of time after witnessing various incidents, non-receipts, ups and downs, anxieties and joys and sorrows.

In the outgoing year, the Awami League government has achieved continuous success in various sectors.  On the contrary, the incidents of unethical killings also caused a stir in the country.  Hopefully, the country has come a long way in the midst of so many problems and crises.  We have advanced in various international indicators including growth to make it a middle income country.  Health education has improved, and we are at the top of many Asian countries in many areas, including poverty reduction.
In addition, per capita income growth and the success of the information technology sector has come. Prime Minister Sheikh Hasina has enhanced the status of Bangladesh by winning various international awards.  On the other hand, the start of Myanmar's trial in the International Court of Justice on the Rohingya refugees and the passage of the UN condemnation resolution have caught the attention of the world.
The implementation of the Safe Roads Act at the end of the year and the conduct of various development activities across the country is also one of the achievements of the government.  I hope that Hon'ble Prime Minister Sheikh Hasina will take the country further in the future under her able leadership.
Like every year, this time too we have lost some talented people of the country, which is deeply painful.  We have lost many relatives in the Corona epidemic, which is painful.
However, Bangladesh is moving ahead on the grand ladder of development.  At the beginning of the New Year, everyone expects success in all areas of national life.  Despite many limitations, everyone was trying to move forward.  There is immense potential in the new.  And the New Year will give the opportunity to make that possibility a reality.
We are proud and optimistic about an independent and sovereign Bangladesh.  This country will one day go to Qatar, a developed country.  Such a dream is seen by the people of the country and also by the head of the government.
However, expecting, dreaming and making it a reality is not the same thing.  Facing the truth through hard work and leading it to a successful outcome is not an easy task.  Without planning and constructive thinking, development of individual, family and society is not possible and development of the state is also not possible.  The state, no matter how small, has to be pro-people and pro-people.  Bangladesh is moving towards that goal.
However, human rights, democracy, rule of law, improved communication and traffic system, civic services and public safety, medical services, education situation, suffrage or electoral system, infrastructural development, urbanization, financial sector including bank management, domestic and foreign investment, trade and trade deficit, commodity market are yet to reach expected level.
The government is trying to overcome the weakness of the stock market in any sector of the state.  We are optimistic about this.  May the coming days bring prosperity in the life of the nation.  We hope that in the New Year, the life of every person in the country will be filled with happiness and prosperity.  We want the government to give utmost importance to bring economic prosperity to the country by properly evaluating the expectations, emotions and feelings of the people.

Let the latent patriotism hidden inside everyone be awakened in the welfare of the country and the nation, let the new door of possibility open - I am expecting this in the New Year. 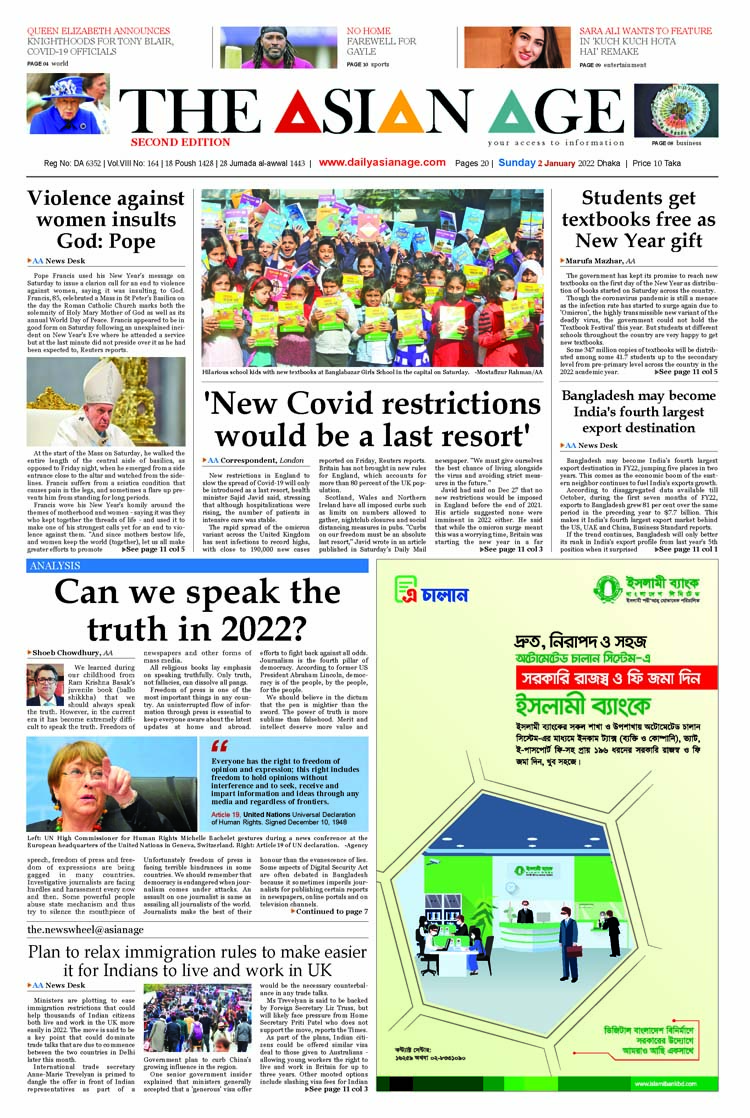