Violence shown on screen has serious adverse impact our children 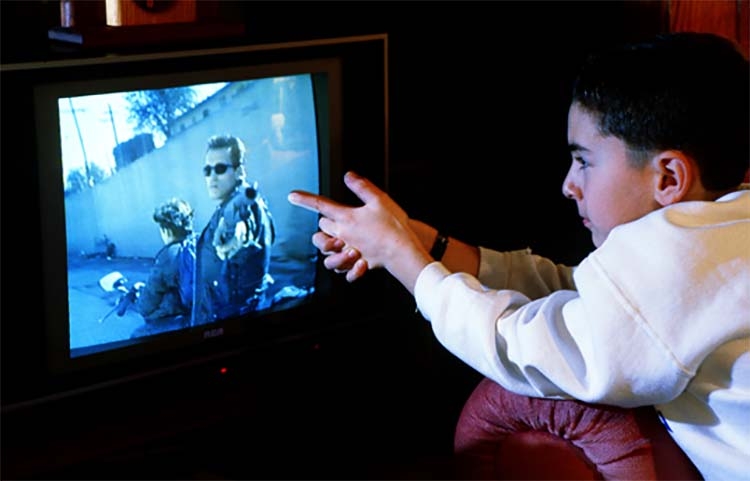 Our children are indulging in various kinds of crimes after watching criminal films and movies in the media. Remedy is urgent.

Regulations are in place around the world that intend to restrict the exposure of minors to violent content in media; however, there is no question that it is often quite easy for children to access this kind of material.

This panel brings together experts from a number of fields that relate in various ways to these regulations. They will discuss how content can be better controlled; how the rules of access can be applied more effectively; when and how violence is appropriate in cinema and other media – especially in content that attracts young people; and the role of education professionals in exposing children to content that is age-appropriate.

It is in everyone’s interest to protect young people from material that they are not equipped to process or understand. We hope you will join us for what is sure to be a lively and engaging discussion.

Starting from the households, every tier of society has to work concertedly to reduce violence. Equality, rule of justice and education and proper enforcement of law are important. Filmmakers can make people conscious about the bad affect of violence.

Many socially conscious people believe that the violent scenes and activities shown by TV and cinema have a definite bearing on the mind of viewers. These are inciting people for violence. Therefore, governments control the amount of violence shown on the TV and cinema screens to reduce violence in society.

Over the last several decades, the amount of screen violence is escalating. Violence has become a business commodity of TV / cinema, which is brought to viewers by profit-monger filmmakers. Murder, strangling, gruesome slaughtering, serial killings, gun battle between rival groups and terrorists, extortion, abduction, hijacking and hostage taking, terrorist movements, arms and drug trafficking and other forms of social and domestic violence are repeatedly becoming subjects of movies. Movies often show violence as an expression of heroism. The vigilante heroes take law into their hands and ensure justice in violent way.

Since violence on screen has a negative effect on society and people's psyche, unbridled and sensational violent screenplays should be restricted for public viewing.

Violence is a social vice and every society and country wants to eradicate it. Violence in society indicates that something is malfunctioning in it. A host of socio-economic, legal-political factors causes violence in society. In Bangladesh, organised extortion cases are inseparable from violent activities and their primary motive is economic gain. Recently the acts of abduction are on the rise and the motives are generally economic.
Political turmoil often leads to violence. Absence of rule of law in society breeds violence. Killing for killing, killing and threatening the witness primarily shows the weakness of the law enforcing agencies and the legal system.

Any attempt to make society free from violence, the conflict within and between societies has to be eliminated.

Starting from households, all should work concertedly to reduce violence in society. Equality, rule of justice and education and proper enforcement of law are important. Filmmakers can work in their respective field to make people conscious of the bad effect of violence. Moreover, there should be proper warning before any violent show. Government agencies can detail out the modalities that deem proper.