Swami Vivekananda: An Epitome of Social and Communal Harmony in India-Bangladesh 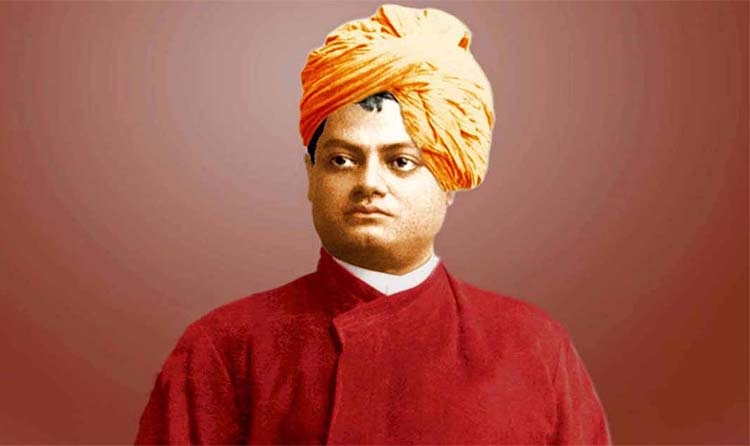 Every year during the English calendar month and date of January 12 humanities celebrate the birth anniversary of monk and noted thinker cum philosopher of repute Swami Vivekananda in both India and Bangladesh as well in rest of the globe. He is till date regarded as the epitome of social and communal harmony. He preached that all of us should have secular feelings upon fellow human beings which should be bereft of all kinds of hatred and communal feelings. Swami Vivekananda was born in such a period of time in the annals of subcontinent's history when South Asia was under the tyranny of colonial rule. The British were ruling undivided Bengal in such a manner young Narendra Nath Dutta (pre-ascetic name of Swami Vivekananda) gave a clarion call to nurture the citizens of undivided to new heights. He stated through his views and writings that may the people of Bengal as well as undivided India rise up to the occasion with the concept of Karmayoga and Jyanjoga.
These thoughts indicate vividly and glaringly that entire human beings should rise up to the occasion and keep on working for the benefits of societies of not only undivided Bengal and India but also for the welfare of citizens of the globe in those  period of times. He was imbibed into the world of asceticism by his mentor Sri Ramakrishna Paramhansha Deva. Though his lifespan was pretty short just 39 years 6 months but whatever he contributed for the welfare of societies was truly an indelible one. He preached the gospel of Yoga and Vedanta to the Western World. It was in one such congregation of World Congress of Religions in Chicago in the year 1893 through his clarion call, ' To all brothers and sisters' which was triumphantly being appreciated by entire global citizens of those days. After that his gospels became popular among entire global citizens. We are now in the threshold of new decades where we find that societies are in midst of communal disturbances which badly vitiated the true spirit of communal harmony. As we are well aware Bengal has been bifurcated into two parts, such as India and Bangladesh so also the ideals and blessings of Swami Vivekananda are dearly relevant in both nations. Thus in the subsequent paragraph it is my humble task to analyze deeply how Swami Vivekananda is regarded as an epitome of social and communal harmony in India and Bangladesh.
Swami Vivekananda-an epitome of social and communal harmony in India and Bangladesh:
India and Bangladesh are in midst of severe communal and social disturbances. Both nations badly need to be harmonized among people of all religions, languages and also regions wise. It was only during last year's Durga Puja we found that there was communal disturbances occurred in Dhaka and some more cities of Bangladesh some hardcore vandals badly desecrated quite good numbers of Durga Puja pandals.
There were wide-ranging protests staged by the civil societies of that country. It was thanks to Prime Minister of Bangladesh Shiekh Hasina Wazed, who with the cooperation of the police forces of that country intelligently nabbed hardcore criminals thereby, putting all of them behind the bars. Contrarily in neighboring India there are traces of communal feelings but not on a larger scale. This is because there are subversive forces hovering around India who are always alert to destabilize the secular fabric of this vast nation India. In this regard civil societies have taken an upper edge to rage voices of protest against communal feelings.
Now the time has richly arrived at that secular views of Swami Vivekananda should be drawn attention towards citizens of India and Bangladesh. About communal harmony Swami Vivekananda always asserted that every religion of the globe should be interpreted in its positive stance not in a vicious manner. That is why all Ramakrishna Mission premises around the globe is an eye opener to all rational and analytical minded citizens of the globe.
How to generate secular and social harmony among citizens of India and Bangladesh?
There are various ways and means by which communal and social harmony is generated. Among all the ways and means known to us in this regard some of the common ones are stated as follow:
All individual citizens of both India and Bangladesh must upgrade their mental makeup in order to generate social and communal harmony.
We must read writings of social reformers and great persons of our countries and also around the globe with the objective to generate social and communal harmony.
Roles of parents are of paramount importance to generate communal and social harmony in India and Bangladesh as well as in other countries of the globe.
Messages of Swami Vivekananda:
The common messages of Swami Vivekananda are stated as follow:
We must develop our thoughts for betterment of our societies.
Arise whenever crisis erupts in and around us.
We cannot believe in The Almighty unless and until we have self confidence.
We must grow on self initiative and determination.
We must truthful towards self.
Strength is life whereas frailty is death or destruction.
We must always think positive about self and also about human welfare then only become closer towards true human being.
True feelings are expressible in diverse ways and versions.
We should tend to be happy on receipt of petty success.
It is through hurdles and unwarranted situations we achieve successes in life.

Swami Vivekananda about welfare of societies:
Mission of Swami Vivekananda in life was to promote human welfare and emancipation of poor and downtrodden sections of societies. Through his premature innings of 39 years and 6 months Swami Vivekananda always propagated for the emancipation of people of all sections of societies in both India and Bangladesh as well as in other parts of the globe. There are various welfare societies in the name of Swami Vivekananda which is instrumental in the development of humanities as well as poor and downtrodden sections. He felt none of us should be deprived from basic amenities of life like food, shelter, clothing and drinking water. Now in a materialistic society we find that richer classes are dominating the show whereas middle classes and poor cum downtrodden sections are badly deprived of receipt of basic amenities of life. This is no doubt very shocking. Apart from the issues of social and communal harmony we must think about human welfare irrespective of religions and languages in India and Bangladesh. Ignition should not take place there should be peace and tranquil atmosphere prevailing all around us. Not only in social and communal aspects also in cultural and corporate aspects have we dearly adored for harmonization among people of all religions and languages.

Swami Vivekananda vs. Rabindra Nath Tagore:
There were differences of two years between Swami Vivekananda and Rabindra Nath Tagore. But interestingly speaking both was closely and cordially related with each other. It was Tagore composed at least twelve songs about Swami Vivekananda. It was Gurudev Rabindra Nath Tagore stated through his various writings that if anybody wants to know about the history of undivided Bengal as well as India then all of us must study about Swami Vivekananda. Songs like Tomare Koriachi Jiboner Dhrubatar, Satya Mangala Premomayatama etc are still deeply enshrined in the annals of history of not only Bengali literature but also to that of global history. These two great persons always preached for us that human beings should of a pleasant and amiable disposition, we should not have ill feelings about on our fellow countrymen, human beings should imbibe bonds of friendship and fraternities among people of all religions and languages of India and Bangladesh plus rest of the globe and finally we should always be sympathetic towards the needs of poor and downtrodden sections of societies.

Conclusion:
Summing up my above views one point becomes crystal clear in our mind that as days and times passes off Swami Vivekananda shall continue to remain an epitome of social and communal harmony as well as harbinger of social and cultural justice. This cannot be denied at all till the last breath in our life.


Sujayendra Das is a Columnist
of Kolkata