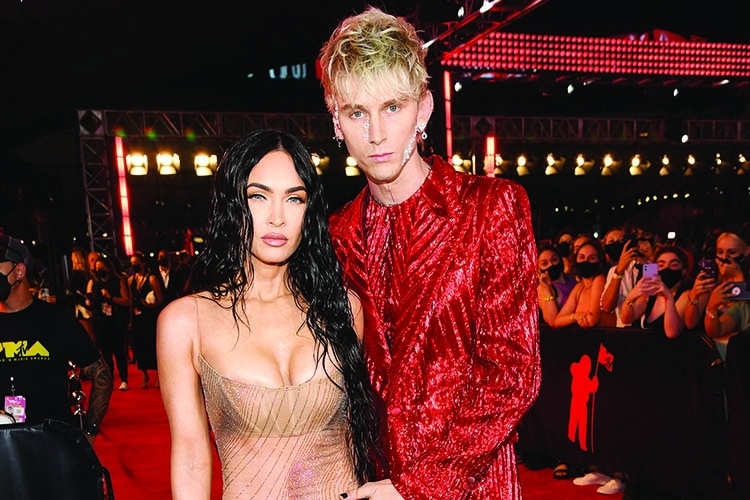 Megan Fox and Machine Gun Kelly are officially engaged. The couple delivered the happy news this morning after the actress dropped a video of the sweet moment that MGK got down on one knee to propose to her. The video showcased the duo beneath a banyan tree that holds significance to their relationship. MGK also shared a video of the ring.
Megan Fox and Machine Gun Kelly aka Colson Baker first sparked romance rumors in 2020. The couple went Instagram official with their relationship in July 2020 and soon became one of the most talked-about couples in Hollywood. From their PDA-filled appearances to their romantic Instagram captions, Megan and MGK remained one of those couples who became the talk of the town every time they made a red carpet appearance.
Sharing a video of their beautiful engagement, Megan in her captions explained how special the moment was and wrote, "In July of 2020 we sat under this banyan tree. We asked for magic." She further added, "Somehow a year and a half later, having walked through hell together, and having laughed more than I ever imagined possible, he asked me to marry him. And just as in every lifetime before this one, and as in every lifetime that will follow it, I said yes.…and then we drank each other's blood."
In his own Instagram post, MGK showed off the stunning engagement ring that he proposed Fox with and revealed details about designing the same. The rapper revealed how it represented "two halves of the same soul."