Pushpa 2 will only be better, bigger: Rashmika 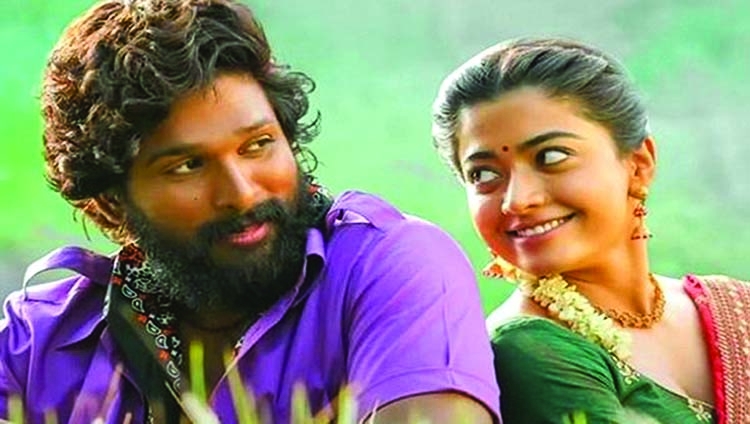 Actor Rashmika Mandanna is basking in the success of her latest movie Pushpa: The Rise. While thanking the audience for making Pushpa 2021's highest-grossing film in India, she promised to work harder to make the sequel even "bigger and better."
"Thank you for all your love for Pushpa.. only makes us want to work harder.. and we promise you.. Pushpa 2 will only be better and bigger!(sic)," she tweeted. Directed by Sukumar, the film stars Allu Arjun in the lead.
Pushpa was released on December 17 last year and took the box office by storm across the country.
Pushpa tells the tale of a low-rung woodcutter, who quickly rises through the ranks of a crime syndicate and ends up controlling it. Allu Arjun's conviction in embracing a deglamorized look and delivering a memorable performance struck a chord with the audience across the country. His acting impressed not just his fans but also the who's who of the Indian film industry. Recently, actor Karthi also tweeted, heaping praise on Arjun's performance.
"@alluarjun completely amazed by your portrayal of #Pushpa …such an arresting performance Fire. Sukumar sir - the people and the moments you create and how you capture it is top notch. Fantastic job by the entire cast and crew," Karthi wrote on his Twitter page. Pushpa managed to earn more than Rs 300 crore from its worldwide ticket sales within three weeks of its theatrical run. Last week, the film was made available for streaming on Amazon Prime Video. Pushpa The Rise ends with the protagonist making a powerful enemy in cop Bhanwar Singh Shekhawat, played by Fahadh Faasil, creating an opening for the follow-up film, titled Pushpa The Rule. The sequel is expected to open in cinemas later this year.