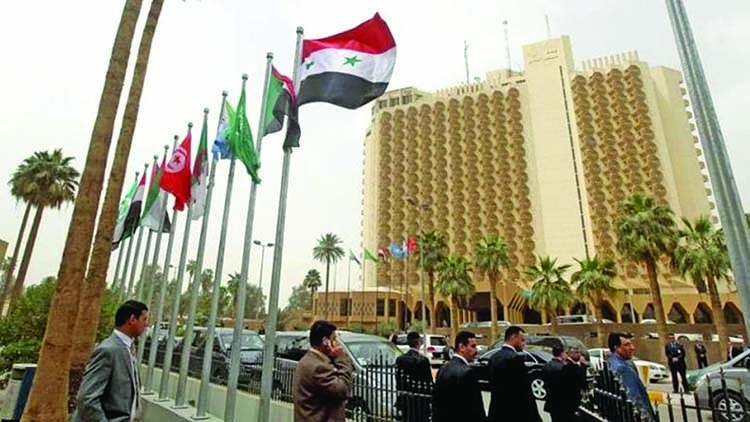 The US embassy in Baghdad. -Collected
Dozens of rockets or drone bomb attacks have targeted American troops and interests in Iraq in the recent months.Three people including two children were wounded in rocket attacks Thursday on Baghdad's Green Zone, with one hitting a school and two smashing into the US embassy grounds, Iraqi security sources said.
It came as a top court suspended the newly-appointed speaker of parliament, amid renewed political tensions in the war-scarred country. "Three rockets were fired towards the Green Zone," a high-ranking Iraqi official told AFP on condition of anonymity. "Two of those fell on the grounds of the American embassy, and the other on a school nearby, injuring a woman, a girl and a young boy."
In recent months, dozens of rocket assaults or drone bomb attacks have targeted American troops and interests in Iraq. The attacks are rarely claimed, but are routinely pinned on pro-Iran factions. These factions in Iraq are calling for the departure of all US forces stationed in the country. Another security source who did not wish to be identified said on Thursday there were no injuries or damage inside the US embassy compound.
The embassy is located in the ultra-secure Green Zone of Baghdad, which also houses parliament and other government offices. The US embassy condemned the attack in a statement on Facebook, attributing it to "terrorist groups attempting to undermine Iraq's security, sovereignty, and international relations".
No group has claimed the attack. The Iraqi government's Security Media Cell said a number of rockets were fired from the Al-Dawra area in the south of Baghdad. AFP journalists heard two explosions in the early evening Thursday, as well as the sounds of shooting from the Green Zone.Attacks on US interests intensified in January, coinciding with the second anniversary of the killing of Iranian general Qassem Soleimani and his Iraqi lieutenant Abu Mahdi al-Muhandis in a US drone strike in Baghdad on January 3, 2020.