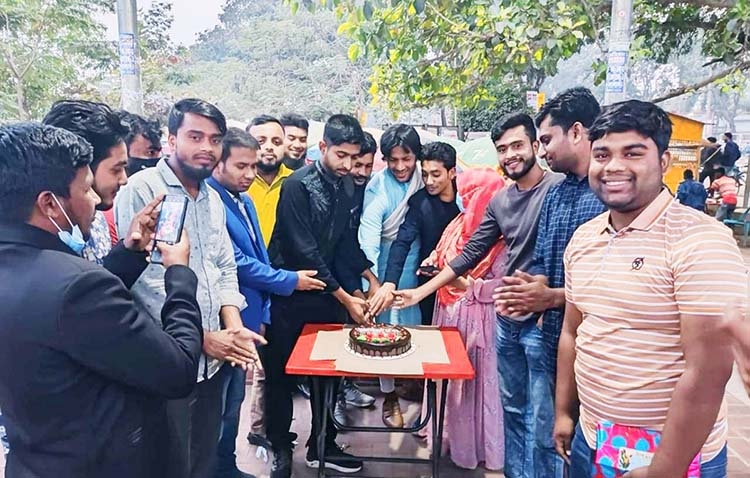 'Friends Blood Donor Club' of Kishoreganj has celebrated the 5th founding anniversary by cutting a cake at Muktamancho in the district.Marking the day, a discussion meeting was held on Thursday afternoon in front of Gurudayal Government College ground in the district town. Donor members working under the banner of this organization have been collecting blood for the last 5 years.
They have collected thousands of bags of blood in 5 long years. It also saved the lives of thousands of people. Presided over by Founding Director of Friends Blood Donor Club Rakibul Hasan, the meeting was addressed Advisor of Friends Blood Donor Club SM Mizanur Rahman Mamun as the chief guest.
Also Advisors of Friends Blood Donor Club  Junaidul Haque Shahin, Humayun Kabir, Rajon Akonda and Pakhi were present as special guests. During the meeting, the admin panels of various organizations gave short speeches, in their speeches they raised blood donors and highlighted the problems of the patients and also discussed how to solve the problems where they are.