Why We Need Social Forestry 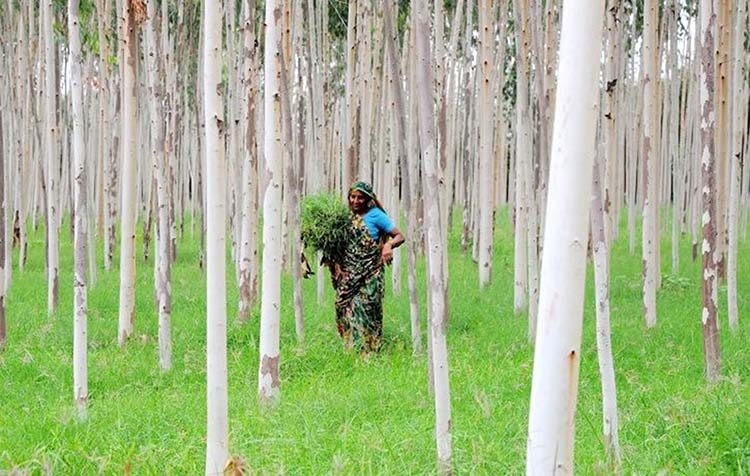 Forestry conducted by involving the general public to ensure economic, ecological and social benefits to the people, especially the rural people and those living below the poverty line is called Social forestry. The goal of social forestry is not only trees, but also the poor people in the villages. The purpose of such assistance is not only to plant and take care of the trees, but also to ensure that the planters can earn a decent living until the benefits of the planted trees are reaped.
The definition of social forestry given by the Food and Agriculture Organization of the United Nations is any situation in which people are directly involved in afforestation activities. Social afforestation includes activities based on forestry and government efforts to encourage and support group-based afforestation, not just industrial afforestation and other forms of afforestation that support employment and wage-based development.
The history of social forestry in Bangladesh is closely linked with the introduction of institutional forest extension activities. Forest Extension Departments were formed in Rajshahi and Dhaka in 1962-63 and June 1 was declared as Tree Planting Day. Since the creation of the Forest Extension Department for the production and distribution of saplings, afforestation activities have been expanding. These afforestation activities, however, are limited to the establishment of nurseries and formal tree planting in the district headquarters and some important places.
The tree planting campaign initially started for one day but later increased to one week, one month and last three months. The program was initially very limited and did not have much impact on the people. It fails to change the attitude of the extension workers or the minds of the people. As a result, landless people are kept away from engaging in afforestation activities. Some entrepreneurs took up social forestry project in Bangladesh. They took up the project in two remote hills called Betagi and Pamora in the remote area of Rangunia upazila of Chittagong district.
For this, 101 families were selected and given land there. This program was self-reliant. These farmers do not get any external grant. Krishi Bank used to disburse loans through Grameen Bank employees and disburse loans on condition of recovery. These activities are evaluated in the second and third year and satisfactory results are obtained. However, the number of selected 101 families decreased to 83. This project experience helps a lot in formulating more programs.
The social forestry program started from the group forestry project funded by the Asian Development Bank. For this, the Asian Development Bank sanctioned a loan of 11 million US dollars. In addition, the United Nations Development Program allocated 2 million in technical assistance through the Food and Agriculture Organization. The project lasted from 1982 to 1987 in Dinajpur, Rangpur, Pabna, Rajshahi, Bogra, Kushtia and Jessore in seven large districts of the North-Western region. The objective of this project was to increase supply of fuel wood, fodder, small timber, fruits and other products.
The main component of the project was: 1. planting trees alongside roads, railways and embankments, 2. establishment of tree planting and agro-forestry demonstration farms in the barren forest lands through initiatives to supply fuel wood, 3. establishment of a Social Forestry Training Institute, 4. provide training and equipment to employees as institutional support, 5. training arrangements to create awareness among different classes of people, and 6. establishment of regional and divisional offices in the project area.

The project has been an overall success in involving the people in afforestation activities. The project involved women in a group-based afforestation program for the first time. Following the success of the group-based afforestation project, the Asian Development Bank approved the Thana afforestation and nursery development project.
The project was spread across the country except the Sundarbans and the hill districts of greater Chittagong. The objective of the project was to create a forest by involving the local people in the deforested Shalban, establishment of agro-forestry farm on the basis of partnership in uncovered evicted Shalban, forestation on land outside the Water Development Board area.
Development of former group based forest growth centers, upgrading and maintenance of Forestry Extension Nursery and Training Center (FENTC), production and distribution of saplings during the project period, training of village leaders, local supervisors, thana agricultural officers and planting assistants, gardeners, staff and officers of the forest department, establishment of more nurseries in Thana Complex, creation of slum forest along roads, railways and canal embankments, production and distribution of saplings in newly formed Thana Nurseries and setting up of private nurseries through training and financial assistance to entrepreneurs.
A pilot project is to be developed under the Extension Branch of the Forest Department. Under this project, participatory agro-forestry activities will be started. Recruitment of consultants and project development has already been completed, but field testing has not yet begun. The objective of this project is to reduce the loss of life and property due to cyclone by planting more trees in the project area. Green belt construction will be implemented by involving non-governmental organizations and increasing coastal tree planting activities among the local population.
Agro forestry is primarily concerned with social forestry and home forestry with the aim of harmonizing agriculture and forest use. Its main purpose is to grow a tree or any similar fast-growing plant with the crop. An important sustainable land management strategy is the simultaneous use of the same land for a variety of agricultural activities, including agro forestry, forest and animal husbandry activities. Although it is a traditional practice, depending on the location of the land, region and environment, this method can be turned into a more realistic and dynamic model.
Apart from providing basic necessities to the people, agro forestry also plays an important role in maintaining the balance in the environment of a place. Agribusiness is essential as a socio-economic initiative to solve food problems, prevent desertification, rural and suburban development, national forest conservation and employment, and to make the best use of different land levels. The agro forestry system helps in maintaining the natural equilibrium by creating opportunities for mutual development between forest trees and crop plants.
Although agro forestry is relatively widespread in Bangladesh, its management is very poor. Tree selection and planting techniques are done in most cases, but the country is largely dependent on the vegetation growing around the homestead. As a result of population growth, rapid urbanization and other development activities, the agrarian system is rapidly declining. In many cases, about 10% of the home plants are cut down every year without planting new trees. Recently, emphasis has been laid on planting more and more varieties of trees in the vicinity of agricultural lands.
Social forestry involves the local poor as the beneficiaries. They are actively involved in the adoption and implementation of afforestation plans and maintenance, control and management of forest resources, distribution of dividends and reforestation. The main goal of social forestry is to ensure social and economic benefits to the landless, poor, widows and destitute rural people. The main objective of social forestry is to help the poor to become self-reliant by creating employment opportunities and to meet their food, fodder, fuel, furniture and capital needs.
Social forestry is playing an important role in creating nurseries, creating forest resources by planting trees in marginal and fallow lands, protection of degraded forests and increasing productivity, environmental development and conservation of biodiversity, empowerment and leadership of women and above all employment and poverty alleviation.Community forestry projects were introduced in North Bengal for afforestation in the government forest lands. The government brought social forestry into the legal framework with the incorporation of the 1927 Forest Act.
To further strengthen social forestry, the government introduced the Social Forestry Rules. Apart from this, investment opportunities have been created for the local people for afforestation in the government forest lands. However, large scale social forestry in Bangladesh has not yet achieved significant success due to lack of participation of local people. The active participation of the public, especially women, must be ensured for the management of forest resources.